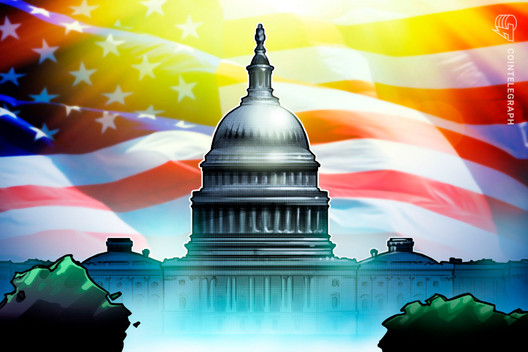 Though former Bakkt CEO Kelly Loeffler’s Georgia Senate seat faces no risk in the June 9 primary, everything is up for grabs in November.

Republican Senator and former Bakkt CEO Kelly Loeffler may find herself up against a better-organized and more supported Democratic candidate in November’s special election.

Early returns are still coming in from the June 9 Democratic primary determining the challenger to David Perdue’s U.S. Senate seat in Georgia. However, at press time, Democrat Jon Ossoff is leading among seven senatorial candidates with 334,511 votes and 91% of precincts reporting.

Loeffler and her Republican and Democratic challengers were not on the ballot this evening, but there are indications Georgia may be turning blue sooner rather than later, threatening her chances to keep her seat in November.

A total of 4,141,447 votes were cast in the 2016 presidential election in the southern state, with Hillary Clinton capturing 45.35% of the vote but ultimately losing to Trump. However, The race between Democrat Stacey Abrams and Republican Brian Kemp in 2018 also saw record turnout as the closest governor’s race in the state since 1966.

The special election later this year in which Loeffler’s seat is up for grabs is likely to carry similar momentum from Democrats. Loeffler’s close ties to Trump, whose approval ratings have fallen to new lows amid his response to the pandemic and police protests, hurt her chances in a nationalized election.

This November, the Georgia Senate special election will be more of a free-for-all, with candidates from both parties appearing on the same ballot on Nov. 3. Right now, Republican Doug Collins and Democrats Raphael Warnock and Matt Lieberman remain some of the most serious challengers for Loeffler’s seat.

If no one receives a majority of the vote in November, the top two finishers will meet in a runoff election in January 2021.

Though Senators are typically elected, the 17th amendment to the U.S. Constitution allows the executive authority of states to fill temporary vacancies until an election can be held, provided the “legislature of any State may empower the executive thereof to make temporary appointments.”

In late January, Loeffler sold off almost $250,000 worth of personal stock holdings after being present at a closed-door Senate Health Committee briefing on the impact of a potential pandemic.

She later claimed the sales happened without her knowledge. However, fellow Georgia Senator Perdue was also accused of capitalizing on the crisis by purchasing stock in a company which produces essential PPE.

Despite the controversy, she was the recipient of yet another appointment by an executive authority. Trump tapped her to be on a special task force for reopening the economy following COVID-19, an appointment some Twitter users have likened to the wolf guarding the henhouse.

With the close party ties and seeming financial back-patting between Trump, Perdue, Loeffler, and Kemp, the former Bakkt CEO’s rise to power has often been criticized as subverting the democratic progress.

Kemp himself “won” the election to be Georgia’s governor amid serious controversy around voter suppression and fraud. The number of polling stations — for which Kemp himself was responsible for reducing — in addition to broken voting machines and an insufficient number of paper ballots on hand may have severely undercounted votes by African American residents.

With the pandemic still expected to be a factor for immunocompromised and elderly registered voters in November, utilizing blockchain technology has been touted by some as a solution to ensure votes are counted, accessible for citizens, and less vulnerable to hacking by foreign or domestic parties.