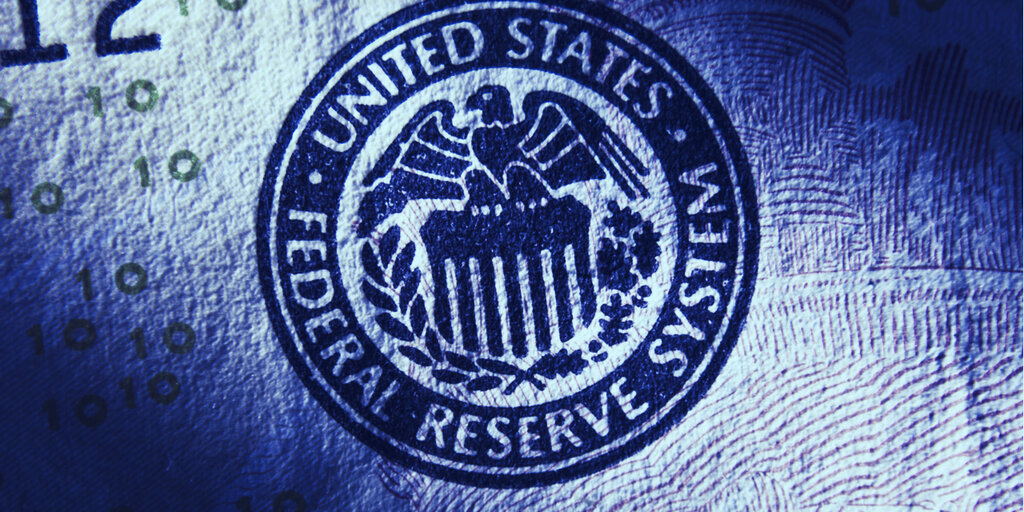 The Federal Reserve today said it would keep interest rates near 0% through 2023 in a move that could push investors toward Bitcoin.

At the conclusion of a two-day policy meeting, during which the Federal Reserve Board of Governors discussed how to actualize its general strategy of letting inflation rise, the Fed said that near-zero interest rates would likely be in place through 2023 to help the US recover from the economic fallout from the coronavirus pandemic.

Fed Chairman Jerome Powell today told a press conference: “With regard to interest rates, we now indicate that we expect it will be appropriate to maintain the current 0 to 0.25% target range for the federal funds rate until labor market conditions have reached levels consistent with the committee’s assessment of maximum employment and inflation has risen to 2% and is on track to exceed 2% for some time.”

He added that while economic activity and employment have picked up in recent months, they still remain well below their January 2020 levels. Unemployment is still high in the US, and the hospitality and travel sector have been hit particularly hard.

But what do low interest rates mean for the US economy—and crypto at large?

During times of economic hardship, the Fed has frequently slashed its benchmark rates to kickstart the economy: low interest rates mean lower borrowing costs for consumers and businesses. That’s great for borrowers. However, when interest rates are low, investors are less likely to put their money in interest-bearing investments—like bonds or debt-based financial instruments—precisely because they generate less interest.

With interest rates this low in 2020, it is possible investors will look to invest in non-interest-bearing assets—like Bitcoin—Charles Bovaird, Vice President of Content at Quantum Economics, told Decrypt.

“If investors are traditionally drawn to certain assets because they pay interest, and Fed policy places downward pressure on interest rates, those same investors have less incentive to put their money into those assets,” he said. “If we have an environment of sustained low interest rates, this gives investors greater incentive to put their money into non-interest-bearing assets, for example stocks and digital currencies.”

The world of traditional finance is already looking to gold, Bitcoin and other digital assets as the response to the coronavirus outbreak exposes weaknesses to the US dollar. Last week, the correlation between gold and Bitcoin prices reached record-highs, suggesting that the digital currency is becoming more of a safe-haven asset.

That could continue if low interest rates create a snowball effect.

“If this era of low interest rates becomes a new normal, it makes me wonder whether that will make people even more skeptical about the current financial system,” said Bovaird.