Fed Now the Largest Holder of Treasury’s and MBS Globally

In a sudden reversal, the Federal Reserve (Fed) has become the largest holder of U.S. Treasury securities in the world.

The buying has apparently been driven by the COVID crisis and the mass proliferation of Treasury bonds.

With @federalreserve’s balance sheet expanding exponentially, Fed is now largest holder of @USTreasury securities (Fed data as of mid-June & other banks as of mid-May) @biancoresearch pic.twitter.com/gf3KhxO50d

The buying spree moved the overall Fed balance sheet from just above $2 trillion to nearly $4.2 trillion. The catastrophic jump took place in the course of just 60 days.

The Fed Is Eating Its Own Tail

Many economists see the action as foreboding. The U.S. government is printing stimulus money at a rapid rate. The economy is dependent on the flows to such a degree that Treasury Secretary Steven Mnuchin even labeled it an ‘addiction’.

However, the cost of pumping liquidity into the market comes with the substantial issuance of new Treasury assets. In particular, the 10 year Treasury note is witnessing some of the highest rates of growth since WWII.

The flood of federal debt has swamped the market, causing the Fed to step in and buy. Ultimately, the government is buying government debt, a strange situation.

A rise in housing market prices has been hailed as a sign of market growth. However, the Fed is also buying up mortgage-backed secruties (MBS) like there’s no tomorrow. 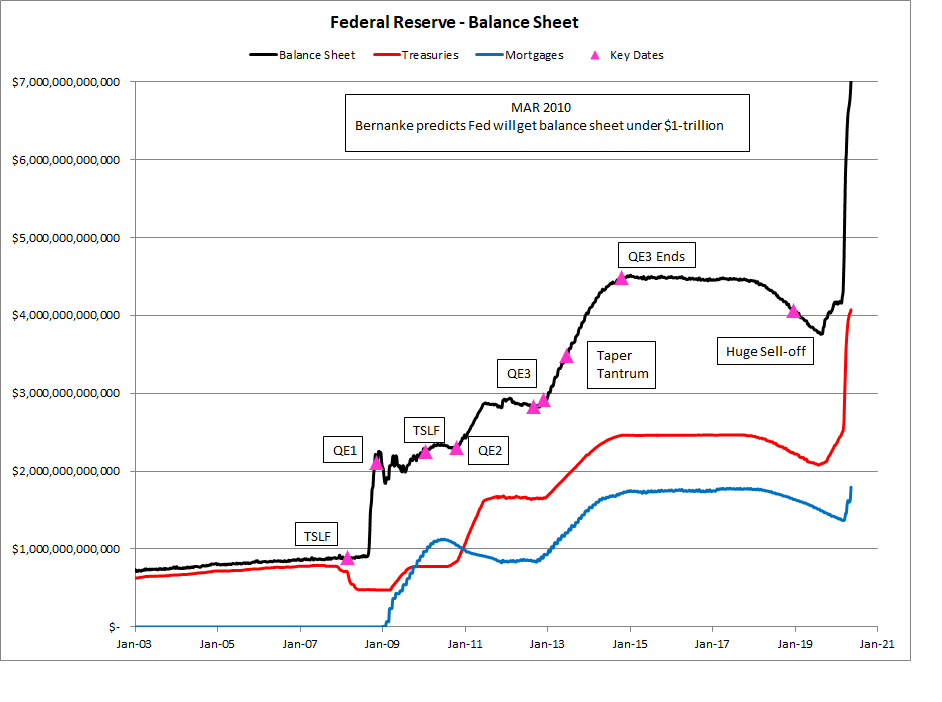 As the culprit for the 2008 crisis, the MBS market desperately requires buyers as liquidity dries up during the ongoing COVID pandemic. The Fed’s buying has, to be sure, stabilized the market, but the cost to do so remains an enigma.

The notion of buying bad debts is not new. The U.S. government has long been a substantial buyer of its own paper.

However, the nature of the current crisis brings into question the long-term sustainability of this model. Eventually, the market must return to fundamentals, leaving someone to hold the bags.

The post Fed Now the Largest Holder of Treasury’s and MBS Globally appeared first on BeInCrypto.