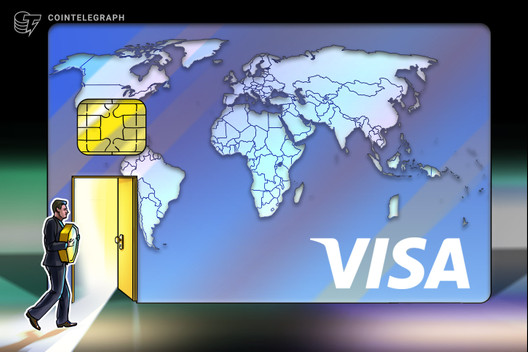 Blockchain tech now powers global fans to “be more than a fan” with a Visa debit card.

Chiliz.net and Socios.com, a major industry tandem specializing in blockchain-based fan tokens, are rolling out their Visa debit card.

As officially announced on Aug. 14, the Socios.com Visa debit card allows global fans to “be more than a fan” — earn fan tokens-powered financial rewards and club-related benefits from making purchases through the card.

Alexandre Dreyfus, CEO at Chiliz and Socios, told Cointelegraph that the new debit card is now being tested by a limited pool of users. According to the executive, the Socios.com visa debit Card will roll out for mainstream users in early Q3 2020.

According to the announcement, the Socios.com Visa debit card will be initially available in 26 countries in the European Economic Area. Alongside featuring rewards in fan tokens like FC Barcelona Fan Tokens (BAR), the card will support payments for goods and services similar to any traditional credit card. Users will be able to top up the balance and make payments with the British pound and euro.

While the official announcement says that the new card will be available to all users on Socios.com, Dreyfus emphasized that fans will need to obtain fan tokens to order the card. The minimum amount of tokens for ordering has not been disclosed yet.

The introduction of the Socios.com Visa debit card comes shortly after Socios secured a major regulatory license allowing it to issue a loyalty and payments card in late July 2020. The Estonian Financial Intelligence Unit issued the license to a new Estonia-based entity called Socios Entertainment OU. The card was initially released in February 2020 as a prepaid crypto-fiat card.