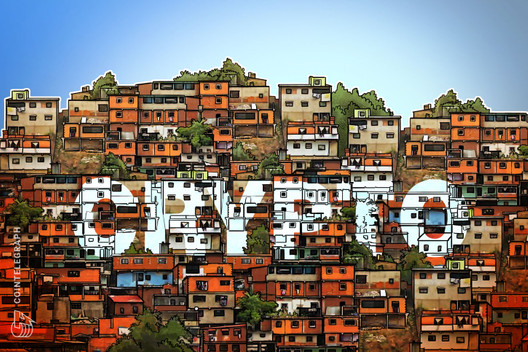 Despite once ranking as the fourth-most popular app in Venezuela, pioneering crypto wallet provider BreadWallet, or BRD, attributes its success in the country to local demand for crypto assets.

Speaking with Cointelegraph on the topic of BreadWallet’s success in Venezuela, CEO Adam Traidman stated that local demand for crypto assets has been the principal driver of the app’s popularity in the country.

“In all honesty, I would love to be able to tell you it was a result of our brilliant marketing team and great advertising strategies and all that — it was none of those things,” he said.

“At the time, due to government policy, the currency was inflating dramatically, kind of like what we’ve seen happen in other countries like Argentina and Myanmar,” Traidman asserted.

As the Venezuelan monetary crisis worsened during 2018, BRD momentarily became the fourth-most downloaded app in the entire country.

“During times like that, there is always a rush where people go and they try to take money out of banks or out of cash, and they try to put it into more stable assets — and that was the reason why.”

“If you just keep your Argentinian pesos or your Venezuela pesos, every six or twelve months, you kind of lose your life savings just because the value goes down.”

Having previously lived in the Argentinian capital of Buenos Aires, Traidman recalls having witnessed first-hand the ordeal that ordinary people would go through to convert local fiat into stable foreign currencies:

“On a Friday, once a month, they go to these money guys on the street — they are called ‘corner money guys,’ and they literally trade in their paycheck for a huge fee and then they get either physical dollars, euros, or they get crypto now — because crypto is a lot safer walking away from that corner, without a wad of cash.”

“That fuels a lot of downloads to the BRD app, and I think the reason why it is popular, perhaps more than other a lot of other services, is because its decentralized,” Traidman added.

“When people download it, they don’t have to go through a registration process. There’s no friction. They just instantly have a QR, and ‘boom’, you can send them money. That’s the beauty of decentralization.”

“Most people think that decentralization is for privacy and illicit activities and all that. Not at all. It’s for a great user experience — and ironically, that is what crypto is supposed to be,” Traidman concluded.