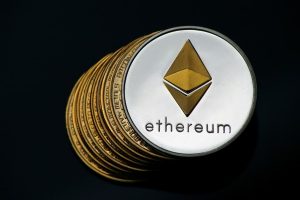 An analysis by CoinMetrics reveals that the amount of Ethereum (ETH) held at Bitfinex continues to rise and is trending around new highs as ethereum 2.0 countdown is just to begin. On the contrary, the exchange’s BTC stash is on the decline. Before halving, together with those held by BitMex, it was trending at new lows.

Interestingly, this comes when investors and traders were buying stablecoins at record levels hoping to capitalize the expected price gains post-halving.

Meanwhile, the amount of ETH held on Bitfinex continues to climb to new highs. pic.twitter.com/jQDkZQeUJs

The Shift to Ethereum 2.0 is Complex

The observation by the analytics firm points to the community’s view of Ethereum now that the platform is shifting from a Proof-of-Work consensus algorithm to a staking system.

A complex undertaking, the success of Ethereum 2.0 will not only cement its position as a leading smart contracting platform, trouncing competitors as Tron, EOS, and later Binance Smart Chain, but improves confidence which is a drawer for new capital into the ecosystem.

The best gauge to measure interest and overall investor confidence is to analyze the flow of ETH to custodial cryptocurrency exchanges with stablecoins or fiat support. Bitfinex and other leading exchanges like Binance or Coinbase are prime exchanges.

The recent spike therefore is a likely indicator that the developer and Ethereum community expect the transition to ETH 2.0 to be seamless without hitches.

PoS validating on an ETH 2.0 testnet. Kinda cool really. Reminds me of the old days of rolling up the sleeves and running miners and validators on different networks. pic.twitter.com/cP1yjlXDs9

Ethereum 2.0, sometimes known as Serenity, will eventually improve the network’s throughput without compromising security and decentralization through several on-chain and off-chain scalability proposal.

Sharding which chops the network into smaller blockchain while delegating transaction validation is one option. The other, Optimistic Rollup is an off-chain option that can scale the network to 1,000 TPS even at current set-up.

The Bitcoin network which halved on May 12 remains stellar. Contrary to what was floated around, the platform is attractive to miners since hash rate is near all-time highs.

The spike in hash rate could be contributed to entry of new players with reports that a new pool from China now controls over five percent of Bitcoin’s computing power.

Binance Pool, which was launched late last month, is also one of the leading players and has seen a rise in its hash rate week-to-date.