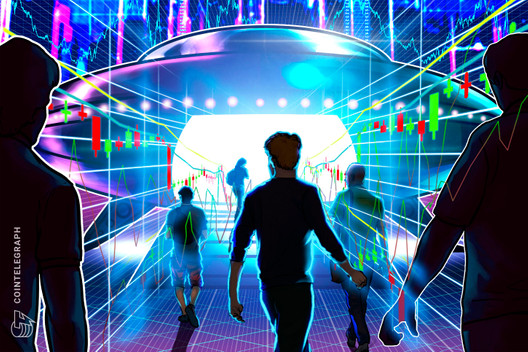 Security tokenization experts told Cointelegraph how they view the future of this new asset class and the technology behind it.

As security tokenization efforts gain traction in digital finance, experts in the space told Cointelegraph how they view the future of this new asset class and the technology behind it.

Nick Cowan, CEO of tokenization firm GSX Group, said that he is convinced “the financial world is moving toward the new digital era.”

Cowan argued that with traditional securities it takes several days for a trade to settle, and that the infrastructure to sustain such settlements “means the markets are packed with intermediaries, bloated with costs, while locking up users’ capital.”

Cowan claims that all the issues he cited can be solved with security tokenization, stating that it results in a “superior tradable asset, because fewer counterparties, fewer costs and seamless transactions present an evolved digital [financial market infrastructure] that puts control back in the hands of issuers, institutions and users.”

He explained that tokenization’s improvements over traditional finance is enough to justify a quick, full transition:

“We believe that it will be a phased approach, but eventually the markets will embrace the immense efficiencies, huge cost savings and streamlined T-Instant trading available through the technological innovations and benefits that blockchain can deliver. When? [Within] the next five years.”

While Cowan believes that cost savings and counterparty risk reductions are enough to motivate the entire financial sector to move on chain, co-founder of competing tokenization firm Black Manta Capital Partners, Christian Platzer, is not.

Platzer told Cointelegraph that he does not believe tokenization will soon replace traditional securities:

Platzer admits that tokenized securities “can be superior when it comes to questions like liquidity, transferability, tradability, and transaction costs.” Still, he notes that change takes time:

“All great paradigm shifts take time to crystallize, adoption is a gradual process. We are seeing more and more institutions, investment banks and exchanges exploring use cases in blockchain for trading securities, and these larger entities take time to transform their operating models.”

Black Manta Capital received permission to hold security token offerings from the German Federal Financial Supervisory Authority in August 2019. In April 2020 it held an offering for over $12 million worth of Berlin real estate.

As Cointelegraph reported, GSX Group’s GRID tokenization platform recently tokenized the shares of a firm for the first time. The platform itself was launched earlier the same month.