Expert Opinion: Is The Falling Crude Oil Prices An Opportunity Or Threat For Bitcoin [BTC] Prices? 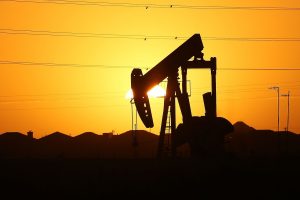 The price of the WTI oil futures index is still languishing at critical levels despite entering the positive zone in the last couple of hours. In response to the crippling oil industry, U.S President, Donald Trump, has assured the ‘great oil companies” in the country that he won’t let them fail. This resonates cheaply with the recent banks and airline bailouts as a cause of the COVID-19 pandemic.

In light of the recent money printing and monetary expansion policies going around the U.S, Bitcoin maximalists expect the market to play in Bitcoin’s favor as the coin outshines yet another key traditional trading asset.

Additionally, the upcoming halving is expected to cut the supply rate by half, a big difference from the current price wars the oil market is experiencing.

Donald Trump: “We will never let the great U.S. Oil & Gas Industry down”

In a reassuring message to the collapsing U.S oil industry, Donald Trump showed his support saying the U.S government will work to save the industry. The oil industry is currently trading at levels last seen in the 17th Century as the demand for oil dipped in light of the COVID-19 virus slowdown.

“We will never let the great U.S. Oil & Gas Industry down,” Trump writes.

Following the highly-controversial airline bailout, the 45th US president aims to provide funds for the big oil companies – a move that raises several questions from critics. He tweeted,

We will never let the great U.S. Oil & Gas Industry down. I have instructed the Secretary of Energy and Secretary of the Treasury to formulate a plan which will make funds available so that these very important companies and jobs will be secured long into the future!

As monetary expansion reaches its peak, a number of analysts have come forward touting safer assets – Bitcoin as one of them. Does the latest “bailout promise” make a case in investing in BTC in the coming months?

Despite the failures of the oil market, BTC has failed to rally in the past 24 hours, trading below the $7,000 resistance level – currently at $6,850. Crypto analyst, Preston Pysh, remains convinced Bitcoin is the solution heading into the halving and even joked on oil adopting Bitcoin’s model given its solid mathematically secured network framework.

Oil manufacturers could sure use a difficulty adjustment right about now.

Robert Kiyosaki, famous author, and investor, also shared his views on the possible drop in BTC’s price recently saying the market is selling off the assets for liquidity purposes. However, in current low prices there is an opportunity to buy according to Robert. He said,

WHY ARE gold, silver Bitcoin dropping in price. MANY REASONS. One is crash in oil. Real reason LIQUIDITY SQUEEZE Shortage of FAKE $ forcing sale of LIQUID REAL ASSETS gold, silver, Bitcoin for FAKE $. Buying opportunity if you can find REAL gold,silver&Bitcoin.

Looking at the daily charts, Bitcoin is struggling to stay afloat the SMA 50 line with bears and bulls fiercely competing for control of the market. A close above the SMA 50 will provide a very bullish run for the BTC/USD pair heading into halving with sights set on the $8,000 mark.