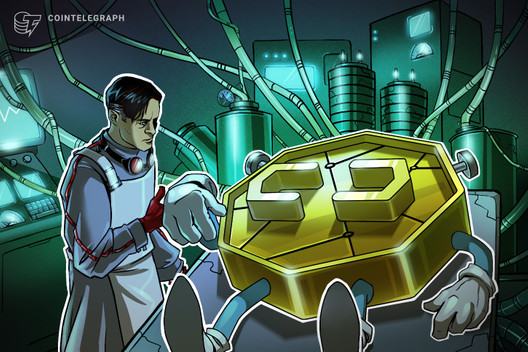 A new Javascript library for Liquid could allow external developers to build a complete ecosystem around the heavily upgraded Bitcoin sidechain.

Blockstream’s Liquid Network is now featuring its own Javascript library for developers to easily interact with the blockchain.

Named LiquidJS, it was developed and announced by pTokens, an interoperability project working to bring assets cross-chain. The open-source library simplifies access to the Liquid Network for external applications, with no requirements of setting up dedicated nodes.

Thomas Bertani, pTokens’ founder, described it as the equivalent of Ethereum’s web3.js library in a conversation with Cointelegraph. Javascript is currently among the most popular programming languages used by virtually all web applications in some form. As such, Javascript libraries for interfacing with blockchains are used “by several thousands of projects,” Bertani said.

He explained that the Liquid library enables a wide range of uses, including easy integration with wallets. Currently very few providers support Liquid, and Blockstream Green is the only software wallet available to average users. But the library’s capabilities go beyond that:

“It can also be used with DApps – financial tools, swaps, private transactions etc. For example, this library will enable interoperability projects like pTokens to add support for Liquid Network.”

In a conversation with Cointelegraph, Blockstream marketing director Neil Woodfine said that “based on the popularity of BitcoinJS over the last few years, LiquidJS should further accelerate the deployment of Liquid applications.”

He also explained that Blockstream’s focus right now is on “core technology that strengthens the foundations of the Liquid Network,” mentioning an upcoming upgrade to a dynamic validator federation.

Liquid to connect with other networks

The Liquid Network is commonly referred to as a sidechain of Bitcoin (BTC), as it uses a bridged version of Bitcoin as its native currency. While its primary purpose is to enable quick BTC transfers between exchanges, its assets feature is being used by a game developer to create non-fungible tokens.

Liquid is in many ways an upgraded version of Bitcoin as it is built on its code base. It features faster block times and transaction finality, confidential transactions for privacy, and native support for custom tokens. In addition, a much more advanced scripting language is scheduled for release this year.

Bertani said that the creation of the library was motivated by pTokens’ wish to “contribute to the ecosystem beyond our own solution alone.” But he also revealed that the team will make use of the library to bring currencies from other chains to Liquid.

Woodfine said that the company is welcoming support for additional blockchains:

“There are already a few wrapped tokens starting to emerge on the network. We’re expecting pTokens work to accelerate this trend and introduce some interesting trust-minimized models for importing existing assets to the Liquid Network.”

He suggested that the primary use case for these additional tokens would be for trading on exchanges, similar to how it works for BTC.

Nevertheless, the library’s potential seems to go beyond simply transferring tokens. While Liquid is positioned as a settlement layer, many of its features support use cases similar to smart contract platforms. However, some criticize Liquid’s approach given the network’s high degree of centralization.