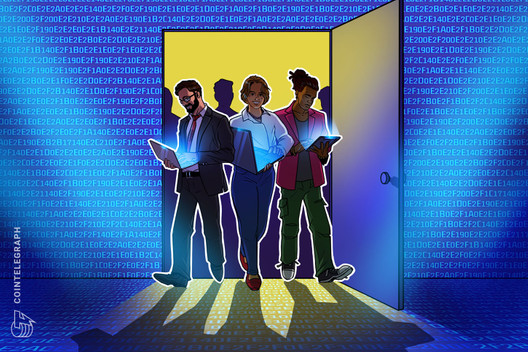 Polkadot will now have representation on Gitcoin, a developer-focused platform that uses a mix of crowdfunding and foundation grants to grow Web3 and blockchain.

A partnership announced on June 16 between the Gitcoin project and Polkadot will help the interoperable blockchain platform’s developers find community support and funding.

Gitcoin’s current function can be considered as an experiment in a new way of funding public goods, based on the concept of Capital-constrained Liberal Radicalism, or CLR,  championed by Ethereum’s (ETH) co-founder Vitalik Buterin. This works through Gitcoin Grants, a hybrid public funding mechanism that relies both on community contributions and wealthy donors.

CLR is similar to the concept of matching donations, but they are not backed one-to-one. Instead, a quadratic funding system changes the weight of each individual donor. As Scott Moore, developer relations lead for Gitcoin, explained to Cointelegraph, the matching changes based on how many people have participated.

According to his simplified example, if two people donated four dollars each, the system would match them for $16. On the other hand, if eight people donated one dollar, the matching would be $64 dollars.

The sum of the donations hasn’t changed, but the quadratic formula gives significantly more weight to smaller amounts.

“That’s really just meant to provide a community signal. We want there to be a real feeling from any candidate that participates in this […] that their voice matters and that it’s not just one central entity controlling funding.”

Gitcoin has so far primarily been associated with Ethereum projects and its community, “although that’s changing,” Moore said. While most matching historically came from the Ethereum Foundation, ConsenSys, and individual large contributors, Gitcoin aims to provide a platform for all open-source developers.

Integrating the Polkadot community is an important step in that process, as its blockchain development ecosystem is based on WebAssembly, a framework to bring low-level languages like Rust and C++ to web applications. Moore noted that “a lot of our growth is coming from Web2 and not from Web3, and that’s a really big priority for us.”

Moore believes that the number of Web3 developers — especially including Ethereum — is low, citing estimates of between 10,000 and 200,000.

Polkadot, with its choice of more traditional languages like Rust, can be “really useful when it comes to bringing on new people from the Web2 Rust community,” Moore concluded.

Ethereum itself will also move to a WebAssembly-based system with 2.0, but that is still far off, while Polkadot has already launched a “mainnet candidate.”

In the interview with Cointelegraph, Chris Hutchinson, community and growth manager at the Web3 Foundation, described Polkadot as a “bet against chain maximalism in general.”

Moore noted that a significant portion of the Ethereum community began feeling that “Ethereum is really the only project” after finding itself at the receiving end of similar treatment from the Bitcoin (BTC) community.

“I think that we’re such a small ecosystem that that doesn’t really make sense,” added Moore.

Polkadot is primarily a product of Parity Technologies, a company created by Ethereum co-founder Gavin Wood. Cointelegraph previously reported that in preparation for the launch, Polkadot began integrating with many ecosystem players traditionally associated with Ethereum, like Chainlink and Celer Network. But that comes as part of Polkadot’s general vision of interoperability, which also includes Bitcoin.

As Hutchinson revealed, Polkadot doesn’t really consider itself as a competitor to Ethereum, noting that this thinking is part of a competitive side in crypto systems. “All of that goes out the window, whenever you have systems that work together and can share these different [features] together,” he added.

He conceded that “there’s still competition” with other chains on some levels, but the overarching vision behind Polkadot is to “accomplish the goal of Web 3.0 in general.”