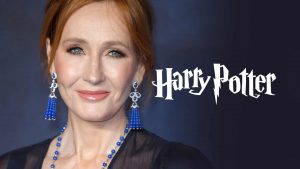 Today turned out to be a special day for crypto community as famous ex-billionaire author JK Rowling tweeted about her interest in Bitcoin and asked the twitter community to explain bitcoin to her. For Leigh Cuen, reporter at Coindesk it was a special day as JK rowling responded to her tweet about potential bull signal for Bitcoin.

The event took place when Leigh Cuen, reporter at Coindesk tweeted about a bullish signal about a renowned novelist who is interested in Bitcoin. As many crypto enthusiasts starting speculating the name of the author, JK Rowling was most guessed name.

The most bullish signal I've seen all week is a mainstream novelist (who I won't name but she's soooo good & not a scifi type) pinged me (unsolicited!) to ask about bitcoin. I now consider this week a success. 😁 pic.twitter.com/UlHzXAtkUt

To Leigh Cuen’s surprise JK Rowling did respond back to her tweet and asked crypto community to explain Bitcoin to her as the concept is pretty knew to her and she did not understand Bitcoin.

Since, JK Rowling’s tweet the crypto community has went Gaga with big names like Vitalik Buterin [co-founder, Ethereum] taking a shot to explain Bitcoin to the famous author. The crypto twitter is going wild over the author’s interest in Bitcoin and so far her tweet has already received 1.3k retweets already.

It's a digital currency. There's ~18m units of it. It's not backed by anything, it's just valuable because it is, like collectibles.

There's a network of computers (which anyone can join) that maintains a decentralized global excel spreadsheet of how many coins each person has.

Though this event might not lead to any kind of price action in Bitcoin but big names like JK Rowling taking a sneak peek at the decentralized digital currency will boost its publicity among mainstream media.