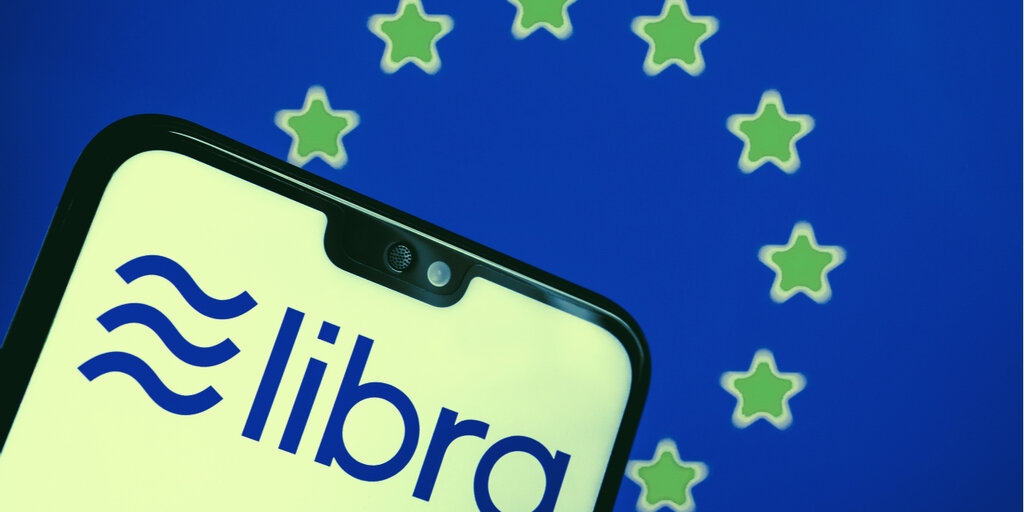 The finance ministers from Germany, France, Italy, Spain, and the Netherlands today called on the European Commission to set strict rules for stablecoins—digital assets meant to reduce price volatility, typically by being backed to a fiat asset.

In a joint statement, the finance ministers from the five countries said that stablecoins shouldn’t operate in the European Union (EU) until clear regulations were in place, according to a Reuters report. That could hinder Facebook’s Libra project, which is based in non-EU member state Switzerland, from getting off the ground.

What is Libra? Facebook’s answer to crypto

Specifically, the finance ministers want all stablecoins operating within the EU to be pegged 1:1 to a fiat currency from the EU. That is, the euro or one of the other national currencies issued by EU countries. Moreover, the assets backed to that stablecoin would need to be deposited within a financial institution approved by the EU.

The finance ministers warned that such rules should be put in place “to keep financial market [sic] stable,” safeguard consumers, and protect the EU’s financial sovereignty. French Finance Minister Bruno Le Maire added that they were awaiting “very strong and very clear” rules to avoid the misuse of cryptocurrencies for illegal activities such as money laundering.

Stablecoins such as Libra could be regulated as securities, says global watchdog

Those regulations would theoretically apply to all stablecoins, but Le Maire made explicit his concerns about one yet-to-be-issued coin in particular: Libra.

“The central bank, I mean the ECB, is the only one to be allowed to issue a currency. And this point, it’s something that cannot be jeopardized or weakened by any kind of project, including the so-called Libra project,” Le Maire said.

Announced by Facebook last year, the blockchain-based Libra coin, which could be used for online payments, will eventually be issued and governed by the Libra Association in Geneva, Switzerland, outside the European Union.

Stablecoins have been closely watched by governments ever since the Facebook announcement, and the project has faced regulatory and political hassles, including within the US. A number of major financial transaction firms, among them Visa and Mastercard, quit the project after being cautioned by American lawmakers.

In April, the Financial Stability Board (FSB) issued 10 stablecoin recommendations for the Group of 20 (G20) economies, warning that such assets could “undermine financial stability.” While the International Organization of Securities Commission said last year that stablecoins pose “serious public policy and regulatory risks.”

The European Commission will likely weigh in with regulatory proposals later this month.