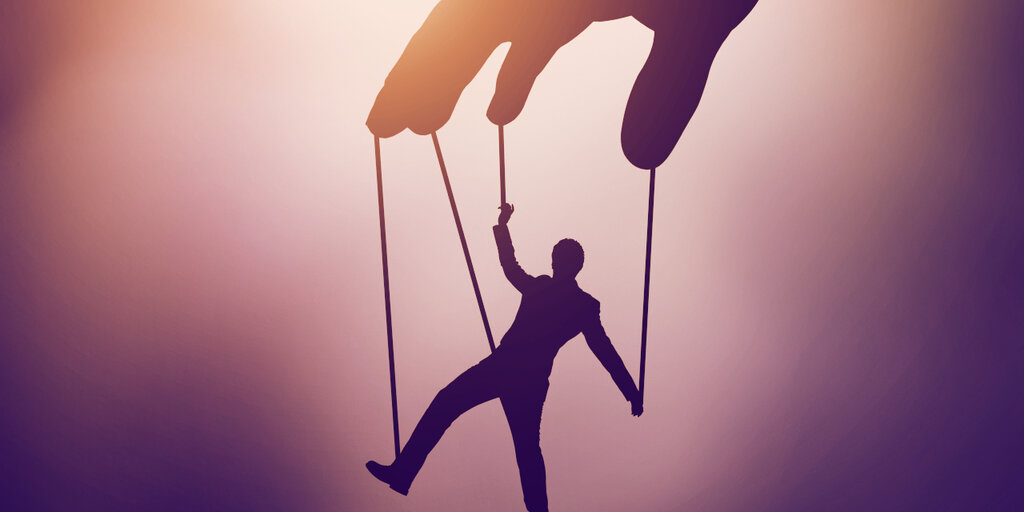 Alex Masmej, crypto-entrepreneur and human meme, has opened up his life choices to holders of his very own cryptocurrency, $ALEX.

For the next 50 or so hours, holders of $ALEX can vote on which daily habit that the 23-year-old Parisian will attempt to incorporate into his life this July.

Hold enough of his token, and you could force him to jog for five miles a day (minus two rest days each week); survive solely on Bitcoin; wake up at 6am; or stop eating red meat.

“Feel free to control me,” he told Decrypt.

Of the votes: “One is clearly winning, but I won’t say which,” he said.

Use my cryptocurrency $ALEX to vote on my life choices, starting today.

Of course, Masmej retains ultimate control. Nobody can force him to do any of this—what is he, a slave? It would also be impossible for him to prove, indubitably, to his stakeholders that he’s completed his tasks.

Sure, he can send shareholders “pics of my meals, Strava for my runs, [transactions] for Bitcoin, texts for wake up”—but what stakeholder has the energy to monitor him and hold down a full-time job?

“I think [it] will reflect my honesty: I suppose people can [t]ell if I’m lying to them,” he said.

If he fails or lies, nothing much will happen. There are no contracts, just trust. “I think I won’t fail,” he said. In any case, “My narrative, reputation and token price are at stake.”

“I’m happy to play a pioneer role in this category. Failing to hold my promises will be sad for this nascent space, so I’m making sure to give it my best,” he said.

What’s this all about?

All of this started back in April, when Masmej made about $25,000 in a token sale for $ALEX (an “initial $ALEX offering”—which is NOT an ICO, insists Bradely Miles, the founder of Roll, which is the platform that $ALEX is built on).

He raised the money to fund his trip to San Francisco, where he plans to start a company once the pandemic blows over.

Weirdly, Masmej is not alone in his endeavor to let shareholders decide his fate. Around a month after Masmej’s token sale, Kerman Kohli, a 22-year-old engineer from Australia, raised $30,000 for $KERMAN.

Kerman has also put life decisions up to investors, but told me that “Voting hasn’t really been too popular, majority of my community is just VCs/founders. They don’t really have large attention span[s].”

He said he is still experimenting with the feature.

Both took inspiration from Mike Merrill, who’s let shareholders decide on his life decisions—without cryptocurrency—since 2008. Merrill has since appeared on a panel with both Kohli and Masmej.