Ethereum Price Lift Off To $200 Depends On This One Technicality 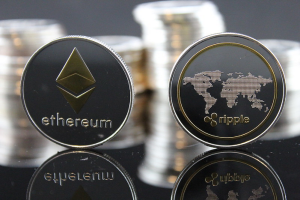 Ethereum bulls have continued to outperform themselves in April in spite of the Coronavirus-related volatility. Following the plunge in March to lows at $90, Ether bulls have been keen on pulling the price to the levels seen in February above $280. However, the rise has not been smooth and investors have had to endure several rollercoaster rides such as the last week’s surge to $191 following by a breakdown to $170 on Monday this week.

At the time of writing, Ethereum has already recovered above $180 and even achieved intraday highs of $187.54 (second resistance in line after $185). The price is flirting with $183 amid a bullish trend that is still building and expanding volatility.

Looking at the 4-hour chart, Ethereum is above the moving averages, whereby the 50 SMA at $173.44 and the 50 SMA at $168.11 are standing in line to offer support in the event of a reversal. On the other hand, the widening gap between the 50 SMA and the longer term 100 SMA hints that bullish influence is rising.

At the same time, Ethereum is trading within a key ascending channel. The support from the channel has been key to the continued uptrend in the wake of the crash to $90 on March 12. On the upside, the channel resistance is giving the bulls a hard time. However, it is clear that if overcome, Ether could smoothly said above $200, once again refreshing the desire to climb higher levels such as $300.