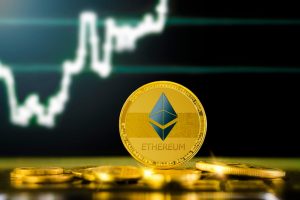 Ethereum bulls appear to be gathering once again following the battering experienced on Monday. Moreover, the bulls were quite disappointed when the price failed to break above the resistance at $180 on Sunday. Besides, the hurdle at $180 resulted in a shark breakdown below the tentative support at $170.

The downside was impressively cushioned by the congestion of buyers at the 61.8% Fibonacci level of the last drop from $179.57 to a low of $134.60. Also contributing to the support was the ascending trendline (main trendline).

Following the dip, Ethereum recovered stepping above the initial resistance at $165. The rising buying activities have pushed past the 50 Moving Average hurdles. The bulls look forward to clearing the 100 Moving Average on the 1-hour chart resistance in preparation for the assault on $170.

Technically, Ethereum is fundamentally ready to tackle the resistance at $170 and $180, respectively. Technical analysis also shows upward motion and growth are possible. The Relative Strength Index (RSI) displays a stronger bullish picture with its movement above the average (50). The volume index also shows the growing volume and coupled with expanding volatility, Ethereum could easily scale the levels above $180 and focus on returning to those past $200.