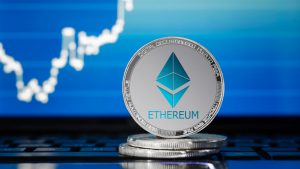 Ethereum price is strongly holding onto the immediate support at $170. The need to defend this support zone follows a retreat from the recent high at $191. The rally towards $200 was majestic and unstoppable and in tandem with Bitcoin price rise to high above $7,300. However, as Bitcoin retreat due to the crash in the oil market alongside the stock market, Ether also suffered a blow.

Meanwhile, ETH/USD is trading at $171 after growing the opening value of $170.97. At the moment, the trend is bullish and the volatility expanding. This shows that buyers are likely to take back control in the European session and pull the price towards $180. The price action will, however, depend on the ability of the bulls to defend the support at $170.

A short-term symmetrical triangle has formed in the hour range. It presents a bullish case as long as the ongoing bullish trend remains intact. If the resistance at $172 is broken and the bulls push above the triangle resistance, there is a possibility that Ethereum could easily scale the levels towards $180.

From a technical perspective, ETH/USD is in the hands of the bulls. The RSI, in the hourly range has recovered from lows at 23.88 and is testing the resistance at 50 (average). Continues action towards 70 (overbought) could call for more buying entries as Ethereum grinds towards $200. Ethereum could still hit levels at $200 as long as Bitcoin enters into a pre-halving rally.