Ethereum-powered Chiliz adds another major esports team to its roster 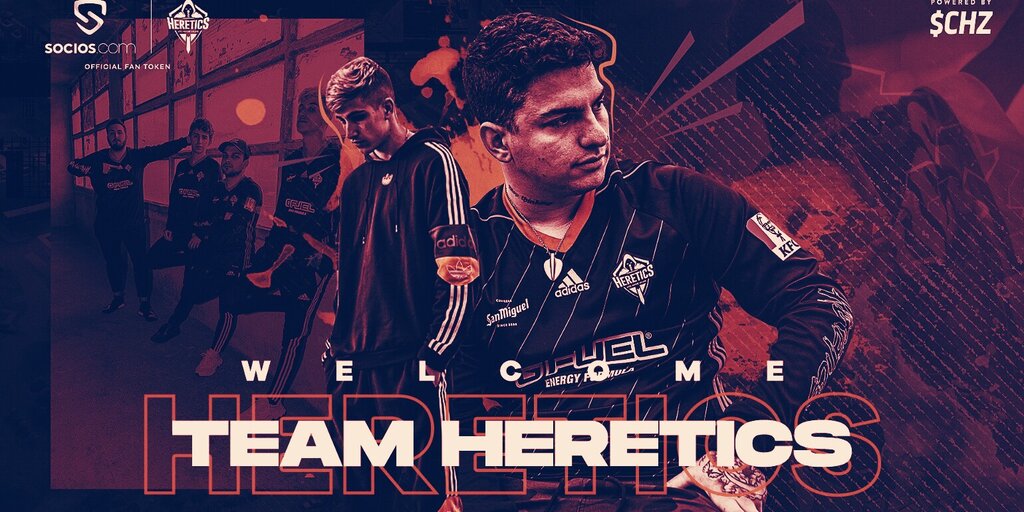 Chiliz has an ambitious plan to sign up 50+ brands, teams, and organizations to its Socios.com fan tokens platform by the end of 2020, and today the firm revealed the next well-known esports team to join that growing roster.

Team Heretics is the second esports organization to sign up, following March’s announcement that back-to-back Dota 2 champions OG had come onboard. Socios.com will offer up a $TH Fan Token beginning on August 25 that comes with certain perks for owners.

The second gaming & esports partner to join the @Socios movement is here:

Team Heretics Fan Tokens are currently loading into the lobby!!

Right off the bat, owners of the Ethereum-based $TH Fan Token will be able to participate in official polls at Socios.com. The first, launching at the same time as the token itself, will allow holders to vote on which Fortnite players should captain a team deathmatch battle in the game, and the team will ultimately pick six $TH owners to join in on the matches.

Further polls will allow fans some say in future Team Heretics decisions, as well as further opportunities for interactive experiences with the team. Additional features will be added in the future for token holders.

“It’s essential to us that our fans are involved as much as possible with the organisation. Now—thanks to Socios.com—our fans can have a real voice and the opportunity to vote in important team matters,” said Team Heretics Commercial Director Pablo Canosa, in a release. “Not only this, but fans can also look forward to exclusive rewards and experiences too,” he said.

Initially, 125,000 of the $TH Fan Tokens will be offered for sale globally at €2 apiece, with 90,000 at Socios.com and another 35,000 at Chiliz.net. Fans will be limited to purchasing 50 tokens each during that Fan Token Offering, which runs from August 25-27. After that point, the price of further tokens will be determined by supply and demand, with a total of 5 million $TH tokens being minted.

Team Heretics was founded in 2016 and currently competes in the games Counter-Strike: Global Offensive, Fortnite, and Rainbow Six Siege. The organization has a considerable fan base, including more than 708,000 Twitter followers, and has major sponsors including Adidas, KFC, and Logitech.