Ethereum has 26k Pending Transactions, Will this Discourage Dapp Developers? 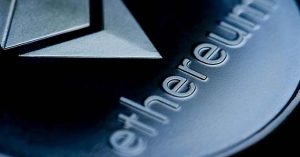 Misha Lederman, the vocal supporter of Tron, has his guns pointed at Ethereum. Citing the high number of pending Ethereum transactions and the network’s low throughput, Misha is questioning whether dapp developers would have any incentive to build and launch their products or services on the pioneer smart contracting platform. This, in his view, has been made worse by high gas and transaction fees.

Can someone tell me why Dapp developers should build on ETH? pic.twitter.com/K5s79D2EZT

At pixel time, there are over 26k pending transactions. Ethereum–unlike Tron, which has adopted the delegated Proof of Stake consensus algorithm, is plagued by scalability concerns.

However, sacrificing speed, analysts figure out that the network is far more decentralized and more secure than Tron. Securing and confirming the Tron platform are 27 Super Representatives.

In contrast, Ethereum full nodes are satisfactorily decentralized thanks in part to their leaning towards deployment of ASIC resistant chipsets and complete decentralization through the deployment of GPU miners.

For this specific reason, Ethereum has a slow throughput than Tron which can consistently process 2,000 transactions per second.

Earlier, Vitalik Buterin complained about the network’s capacity to process transactions faster. He has been quoted as saying Ethereum was “full” and therefore not attractive for enterprises because transacting on-chain was expensive.

“Scalability is a big bottleneck because the Ethereum blockchain is almost full. If you’re a bigger organization, the calculus is that if we join, it will not only be fuller but we will be competing with everyone [else] for transaction space.”

Vitalik is confident that the successful activation of Istanbul would set the foundation for a scalable but secure Ethereum 2.0. That and together with the increasing popularity of DeFi or Open Finance, means that ETH holders are likely to benefit from coin demand going forward.

Striking a Balance and Increasing Competition

There is renewed confidence that Ethereum will bounce back and future changes will make the network more scalable, secure and decentralized.

While striking a balance between the three and solving the Blockchain Trilemma could mean compromising and sacrificing certain aspects that gives Ethereum an edge, the smart contracting field is, nonetheless, highly competitive.

Aside from Tron, new entrants like WAX, for instance, promise speed and security, fine-tuning their features to carve market share from EOS, Ethereum and Loom for instance.

The post Ethereum has 26k Pending Transactions, Will this Discourage Dapp Developers? appeared first on Coingape.