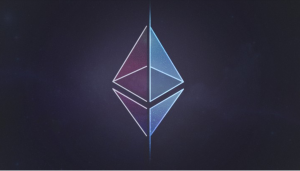 The much-awaited Istanbul upgrade of the Ethereum blockchain is complete. But, this doesn’t mean the end of problems for Ethereum. Apparently, the network has been having difficulty processing transactions after the completion of the hard fork.

The hard fork was completed at 00:25:09 GMT on Sunday on block no. 9069000, and it was mined by Chinese mining pool SparkPool. This is a great reason to rejoice for the Ethereum community as the fork included the implementation of six Ethereum Improvement Proposals (EIPs) which focus on mainly three things – making the network resilient against denial-of-service (DDoS) attacks (EIP1344), enabling the blockchain’s interoperability with equihash-based proof-of-work (PoW) cryptocurrencies (EIP 152), and optimising gas costs (EIPs 1108, 2028, 2200).

However, after the completing the hard fork successfully, the network has been having some trouble processing transactions, as Antoine de Calvez points out in his post on Twitter.

Some EVM operations were repriced to be cost more in fees which affected some smart contract activity.

Also, transaction failure rate has quadrupled on the network as more smart contract calls are running out of gas more frequently now.

As per de Calvez, activity on exchanges has also been affected following the hard fork. One of the exchanges struggling with ETH transactions is Gemini. The exchange has not been able to sweep user deposits into its hot wallet after the fork, and as it has continuously been getting an out-of-gas error.

However, with Gemini, it seems that the problem was at their end as their testnet and mainnet were different, and they were working on replacing them. Instead of building a full fidelity test, they calculated the necessary gas limit increase and applied. However, that did not work out for them as they ran into a Solidity quirk and ending up spending even more gas. The issue has been fixed now and Gemini’s sweeps are working normally.

Some transactions on Uniswap were found to be failing as well, but Uniswap clarified that it was due to a broken ARB bot, and it was the same addresses that was repeatedly experiencing failed transactions.