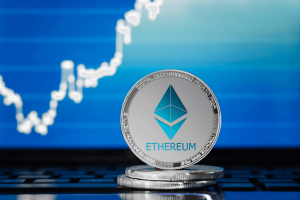 It would appear as if Ethereum is “flipping” itself going by the current state of the network according to data from Coin Metrics. ETH related transactions have taken a dip as the number of ERC-20 transactions rises in a “flip” that analysts say sends mixed signals. ERC-20 tokens comply with a specific standard that guides the generation of tokens in Ethereum.

These tokens are specifically meant to be used within the Ethereum platform. Like ETH, they are fungible, transferable, tradable and controlled by a smart contract. Further, they can be stored in the same wallet as ETH.

Ethereum is the pioneer smart contracting platform, the first of the kind where smart contracts, which are automated digital contracts, can be executed without third parties from a satisfactorily secure and distributed network. Its native token, ETH, is a utility used for paying fees and other costs within the Ethereum ecosystem.

During the great bull market run of late 2017, its demand skyrocketed as projects sought to finance themselves by crowdfunding on the Ethereum platform. With demand, ETH experienced a logarithmic rise as prices soared to new highs, lifting other ERC-20 tokens.

However, that is about to change if the current state of affairs is anything to go by. ERC-20 tokens can effectively operate within their own enclaves, cutting out ETH as their project’s popularity eclipses Ethereum, the underlying platform.

If the demand for these tokens increases, then it means the price of ETH will take a hit, even fall from spot levels despite technical development now that Vitalik and team are pushing for a move to a Proof of Stake consensus algorithm.

The shift is also indicative that ETH is gradually evolving into a store of value, like BTC, as its drudge in their path of becoming the world’s supercomputer.

ETH as a Key

On the light side, the rise of ERC-20 hints of the beginning of a token economy and even a rally in years ahead as Ethereum based projects gain popularity.

An increase in ERC-20 activity is a mark of adoption which is overly positive given the resistance from regulators in recent months. This breakout signifies how smart contracts would play a key role in future economies and that ETH as matured and isn’t all about speculative trading.

Notice that unlike Bitcoin (BTC), ETH can act both as digital gold, used to store value, or digital oil, since ownership grants passage to a different ecosystem. But there is more than that, ETH can be leveraged.

Seems like hugely good news for Ethereum. That adoption has increased to the point where its purpose is not just speculative ETH trading.

This could explain why ERC-20 tokens are increasing in popularity as owners stake their assets in protocols as Maker or other staking services where they can earn above-market rates yields.