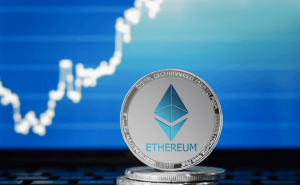 The short spike in Ethereum’s price following Santa’s gift to Bitcoiners is wearing off as price signals a drop towards the bearish channel support level in coming days. As Bitcoin shot up from intraday lows of $6,400 to trade at $7,100 in the early trading hours of the Asian market, a number of top altcoins followed through with ETH/USD gaining 4%, to trade at $135.67 USD. However, the sharp gains are quickly being swallowed up with ETH currently trading at $127.96 USD with increased volatility showing cause for a further downfall of the crypto.

Currently, ETH maintains its second position on the cryptocurrency market cap charts with a total of $14,053,347,384 USD.

Despite bouncing off the bearish channel support level, bulls struggled to push the price past the $143.00 USD resistance signaling a continuation of the 6-month long bear trend on the pair. The price bounced off 4 hour charts support/resistance levels at $134.59 USD on Dec. 18, with bears taking control in the market as volumes broke above the resistance. Bulls need to break the resistance for a chance to spark a potential alt season – which seems impossible at the moment.

The price is shooting lower by the moment as bears gain momentum following the unexpected spike caused by BTC. A fall and close in ETH/USD below the support level at $120. 75 spells doom for the pair as it signifies the start of a bearish run given the wild volatility of the market at the moment. Moreover, the price trades below the moving averages whereby the 50-day MA and 200-day MA are providing resistance levels on the daily charts.

The current movements in ETH show the market is yet to stabilize with a move in either direction still plausible. However, the daily Bollinger bands are in a tight squeeze with the price dropping below the lower band with the middle band providing a near term resistance level. Furthermore, the relative strength index (RSI) is oscillating around the oversold level but is yet to break resistance – a break will show increasing strength of bulls in the market and may well signal an oncoming bullish trend.

Despite a number of scams including PlusToken and the recent hack of Upbit exchange, ETH seems to be holding steady for the moment. A clear direction in movement may be seen in early January.