Ethereum: EIP 1559 Could Stabilize Ethereum but Will it Help spur ETH Demand? 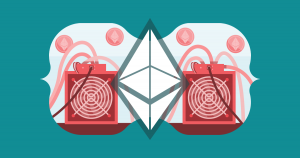 While the Istanbul hard fork was a necessary upgrade, it is expected that the second largest blockchain by market cap will implement more changes before transition to Ethereum 2.0. One of them could be the incorporation of EIP 1559 proposals.

At the moment, platform users have to grapple with high Gas fees thanks to code changes and the implementation of EIP 1884 via Istanbul. However, the activation of EIP 1559 may, as commentators put, remedy the ever changing the monetary policy of Ethereum, steadying the network and most importantly, improve user experience as far as Gas management is concerned.

Eric Conner submitted the improvement proposal. Supporters of Ethereum expect the incorporation of this code fix to be the final component of Ethereum’s economic system, solving issues around smart contracts Gas management system.

“This proposal introduces a fixed fee concept through the use of a MINFEE. Users can pay a premium over this if they want but in general it greatly simplifies the UX. One great benefit of this EIP is because the MINFEE is burned and must be paid in Eth, we are making sure economic abstraction does not occur on the protocol level which is extremely important for long term Eth value.”

EIP 1559 will establish the market rate for block inclusion and most importantly burn the majority of ETH that is included in transaction fees.

It was also the view of Eric that this EIP improves user experience around Gas management since being aware of the exact amount of Gas spent on every deployed smart contract is part of user accounting.

By burning the majority of ETH in transaction free, ETH will be scarcer, contributing to Ethereum’s deflationary mechanism.

Also, not only with scarcity benefit miners (validators in a Proof-of-Stake consensus algorithm that Ethereum 2.0 will use), but loyal coin holders.

Opinion is so far mixed. But pragmatists say this improvement wouldn’t have a major impact on price. For one Twitter user, EIP 1559 is essential as it would stabilize the network “by securing the value to anchor points.”

“A healthy blockchain community needs more stability than that. The way you get stability is by securing the value to anchor points. The most obvious anchor points are burning a base fee a la EIP-1559 and a second protocol change to a large portion of the miner/staker tips.”

The post Ethereum: EIP 1559 Could Stabilize Ethereum but Will it Help spur ETH Demand? appeared first on Coingape.