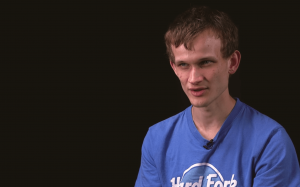 The crypto-verse is brimming with entertainment for those who look for it. From friendly banter to minor spats to full-blown tussles between crypto personalities, there’s never a dull day on Twitter. This time, it was Vitalik Buterin who became the target of several crypto personalities over different issues. However, Buterin took their”insults” sportingly, and crypto Twitter had a field day over the squabbles.

In a 24-hour frame, Vitalik Buterin got insulted by 3 major crypto personalities, and taking a jibe at the situation, he shared the same in a post on Twitter.

I got insulted by *two* major cryptocurrency figures today! People say fun things about me all the time, but I do think this is a bit of a record.https://t.co/pas4jLkPLkhttps://t.co/xw6fXXIla4

The first insult came from Calvin Ayre, founder of the Ayre Group and supporter of Bitcoin Satoshi Vision (BSV), who commented on Buterin’s post on how economic models are irrational. Ayre contributed his two cents on the topic saying that Vitalik has no clue about economics or blockchain.

Vitalik has no clue on economics or blockchain.

The comment was interpreted as an insult by Buterin who shared it in his own post. As for crypto Twitter, it was divided between Buterin supporters and those who found sense in Ayre’s response.

Some people were clearly more upset by the comments than the others, and they did not mince their words while responding to the comment. As for Buterin, he acted smartly. Instead of responding to Ayre’s tweet himself, he let others do it.

Vitalik Buterin and Adam Back

Buterin’s second wrangle was with Hashcash inventor and CEO of Blockstream, Adam Back. This time, the bone of contention was the state of technology around cryptocurrencies. Bram Cohen, the author of BitTorrent protocol had shared Buterin’s blog post on the aforementioned topic, saying that much of it was “wrong-headed”. To this, Adam Back responded that looking at Buterin for state of technology around cryptocurrencies was like looking at Elizabeth Holmes for the state of biotech.

it's like looking to elizabeth holmes for the state of biotech. what'd you expect.

For context, Elizabeth Holmes is the former CEO of Theranos, a now-defunct company which has made news for having developed a method for blood testing using surprisingly small volumes of blood, such as from a fingerprick. Holmes was named the youngest and wealthiest self-made female billionaire in America by Forbes in 2015 when her company reached a $9 billion valuation. However, her success was short-lived as journalistic and regulatory investigations revealed the dubiousness of the company’s claims with regards to their revolutionary technology. After being exposed for fraud, Holmes was featured on Fortune’s list of “World’s Most Disappointing Leaders”.

On that thread too, there were two camps – supporters and opponents of Buterin.

The third “insult” came from Bitcoin maximalist and host of What Bitcoin Did, Peter McCormak. He responded to a tweet by Eric Weinstein, MD at Thiel Capital and host of The portal in which Weinstein talked about having done a podcast with Vitalik Buterin. McCormak jumped on the thread and called Ethereum “vapourware nonsense”, and indirectly referred to Buterin as a scammer.

The comment did not go unnoticed, and Buterin shared it as the third insult for the day. The discourse continued on Buterin’s post, and McCormak clarified that he wasn’t insulting Buterin, and invited him to his podcast. But, Buterin raised that he had been called a scammer. McCormak responded that he was one with some hesitation, and at the same time, advised him to return to Bitcoin with the analogy of Ian Rush returning to Liverpool.

On the same thread, the crypto community was having mini-debates on the issue among themselves.

From the thread, it is evident that though Bitcoin is the top cryptocurrency, Ethereum has its own solid following. Peter McCormak, who is a Bitcoin maximalist, did not see much support for his set stance in favour of Bitcoin on the thread.

Thus, crypto Twitter had a field day observing and participating in the wrangles between Vitalik Buterin and the opponents – Calvin Ayre, Adam Back and Peter McCormak. For what it’s worth, the tact with which Buterin handled the criticism is worth admiring.