Ethereum Classic is the Top Altcoin in Daily Active Addresses, Here’s Why 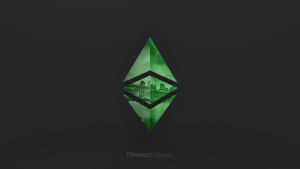 Even through this considerable bear-ish market @eth_classic continues to produce more daily, active accounts / addresses than any other #altcoin or #shitcoins. ETC is second only to the king, #Bitcoin 👑
No spoofing. No spamming. No bs "stress-testing." https://t.co/efeGKzY9nx pic.twitter.com/xXxOPfciI8

The Magnificent Rise in ETC Addresses

ETC has been on the back foot of its higher fork, Ethereum, since the two chains forked with a contingent choosing to stay on the original chain, now ETC. Since then Ethereum has had the upper hand in both price and active users on the chain but the latter changed in late September as the ETC users spiked above Ethereum for the first time since the fork.

Since the start of November, ETC users have been on a climb securing the second position with over 400,000 daily active users since the end of October.

What Could Have Caused the Spiking Active Addresses?

The hike in number of daily active addresses signals a possible hike in developer activity on the platform, Ethereum Classic. The surge in popularity of the blockchain further explains users coming on to the platform due to increased decentralized applications built on ETC. According to Dapp Direct, an independent analysis firm, Saturn Protocol remains the top dApp on the Ethereum classic platform with over 40 users on the platform in the past 72 hours.

Notwithstanding, OKEx introduced the ETC/USDT futures contracts, enticing traders to trade and bet on the future price of ETC. The price of ETC has remained relatively constant at $3.96 USD over the past few days since the announcement by OKEx on Saturday. Since the announcement, the daily active addresses on ETC saw a massive 10% increase in number.

The soaring nature of ETC in other aspects of the blockchain signals a bullish stance for the coin in the near future and a $5 USD price looks set on the horizon.

The post Ethereum Classic is the Top Altcoin in Daily Active Addresses, Here’s Why appeared first on Coingape.