Ethereum Classic Increased by More Than 100% in Three Days: What’s Next? 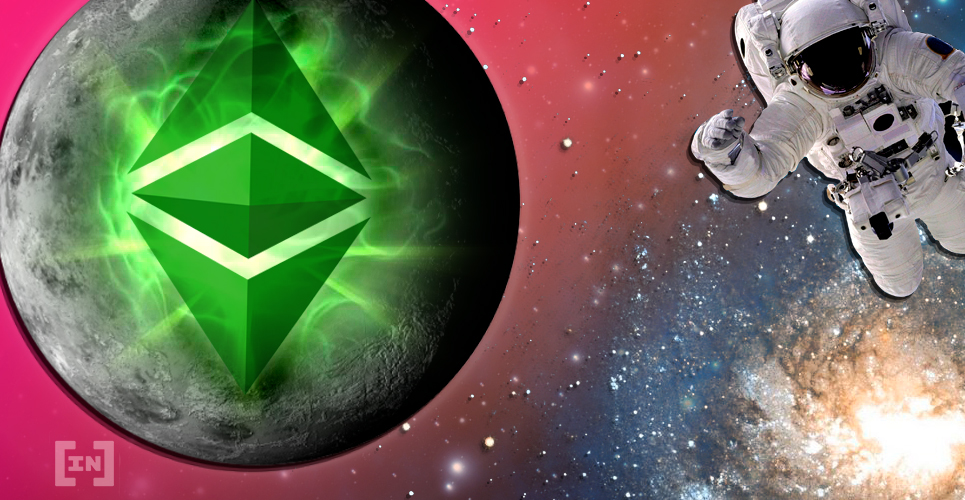 On January 17, the Ethereum Classic (ETC) price reached a high of $12 before decreasing sharply. The price failed to reach a weekly close above $9, an important level that has been providing resistance to the price for the past 441 days.

Cryptocurrency trader @MoonOverlord outlined the future movement in an ETC price chart in which the price will be successful in breaking out above the current resistance area of $9 and head towards the next one at $10.

Will ETC be successful in reaching the target?

While the tweet uses the 30-minute chart in which the $9 area is just another minor resistance, its true significance is revealed when looking at the all-time price history.

The $9 area acted as support throughout the majority of 2018 until the price broke down in November of the same year. Afterward, the price validated this area as resistance in June 2019, before a corrective period began.

The current rally caused the price to go as high as $12 but the price could not achieve a weekly close above this level.

Therefore, whether the price is trading above or below $9 could be the determining factor on whether it is in a downtrend or uptrend. If the price is successful in reaching a weekly close above this level, we believe that the rate of increase will greatly accelerate — confirming that ETC has begun a new upward trend. 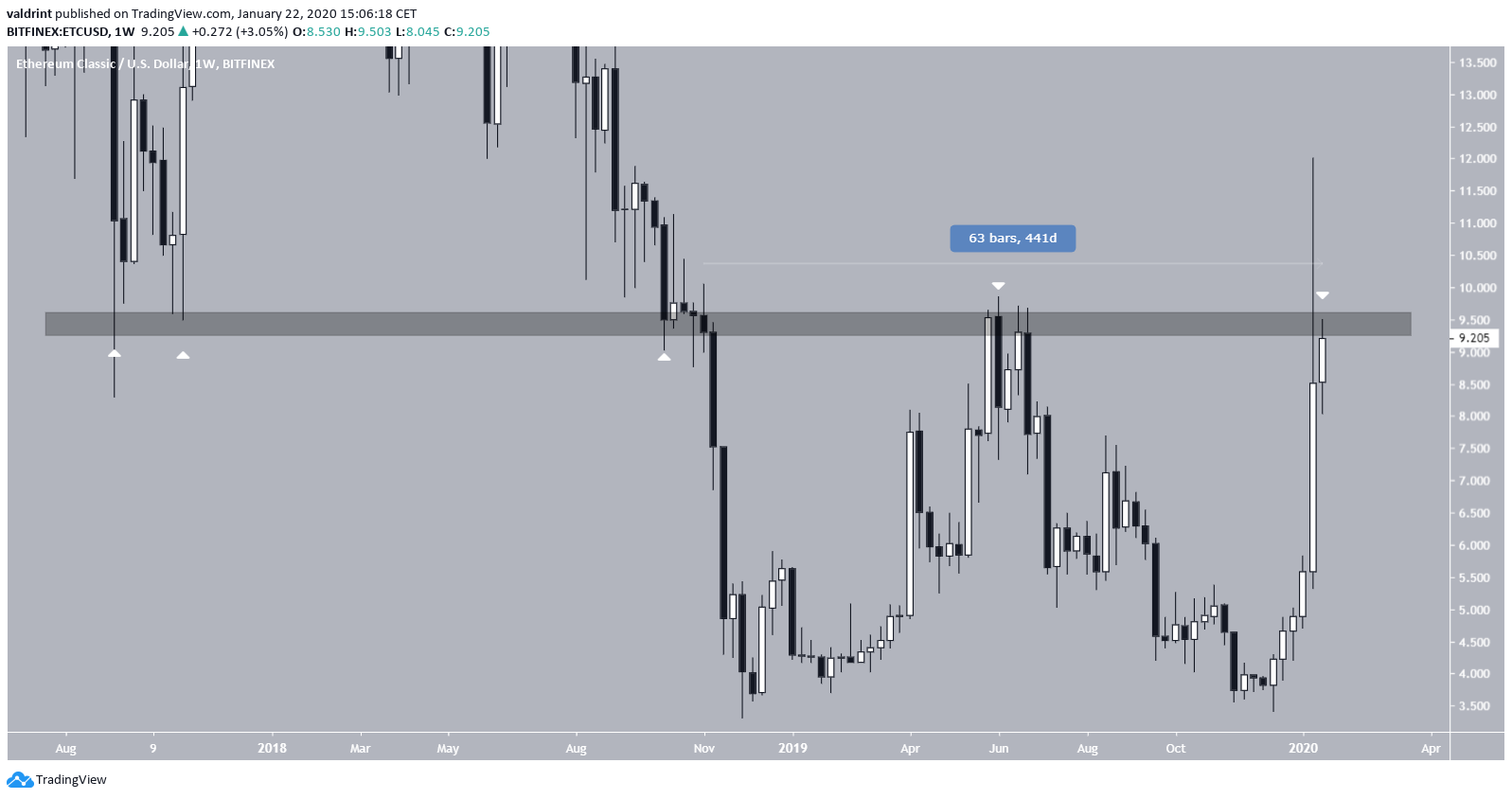 Looking at the movement since December 18, 2019, we can see that the rate of increase has become parabolic. At one point, the price had increased by 120 percent in a span of only three days.

Based on the support line, we could see a price decrease towards the line before another upward movement ensues. This possibility is supported by the potential golden cross (50 & 200-day moving averages) which will likely transpire over the next few days.

In addition, while the RSI is overbought, it has yet to generate any bearish divergence suggesting that the rally has not lost its strength. 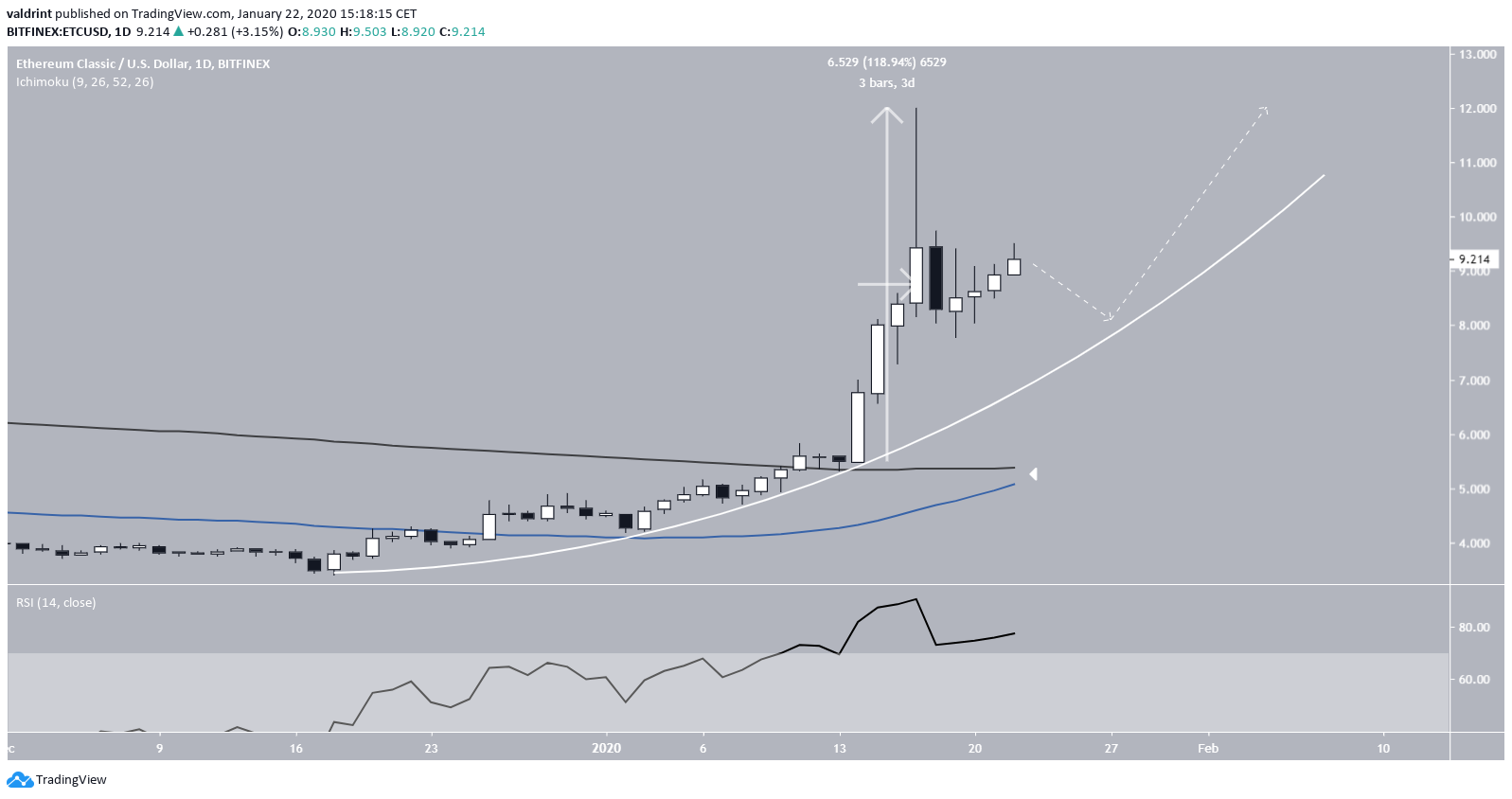 In the short-term, the ETC price is trading inside an ascending channel.

For the time being, technical indicators support a continued increase within this channel. The price is trading above the 200-hour MA, which is likely to provide support in the future. In addition, the RSI held above the midpoint line and is moving upward with strength.

An eventual breakdown from the channel could take the price to the support area at $8, which would also validate the support line from the previous section. 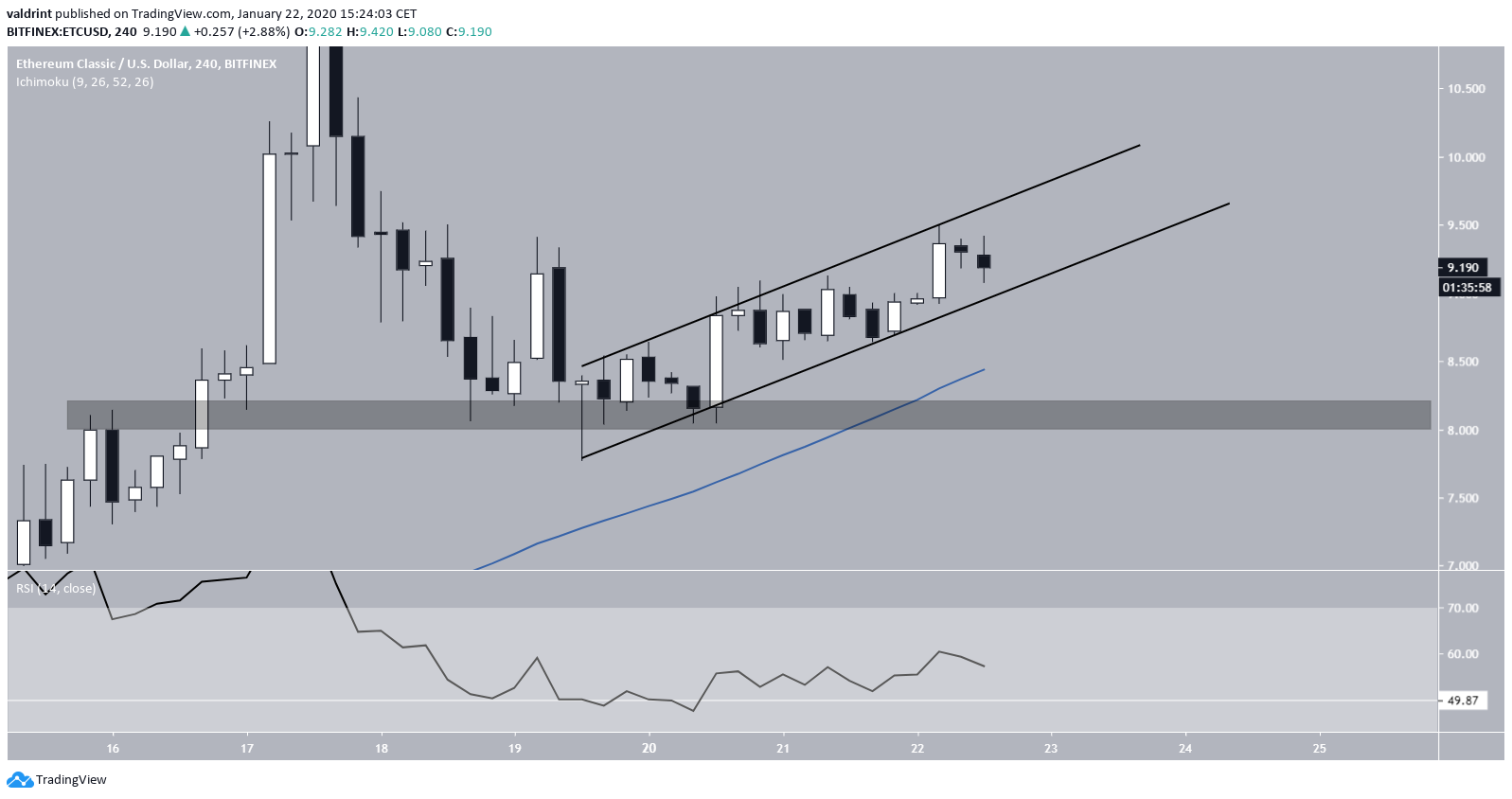 To conclude, the ETC price began a very rapid upward move on January 14, more than doubling in value. However, it failed to reach a close above the previous breakdown level, above which it has not traded for 441 days. We believe a period of consolidation awaits before the price makes another attempt at breaking out above this level.

The post Ethereum Classic Increased by More Than 100% in Three Days: What’s Next? appeared first on BeInCrypto.