Ethereum Classic hit by second 51% attack in a week 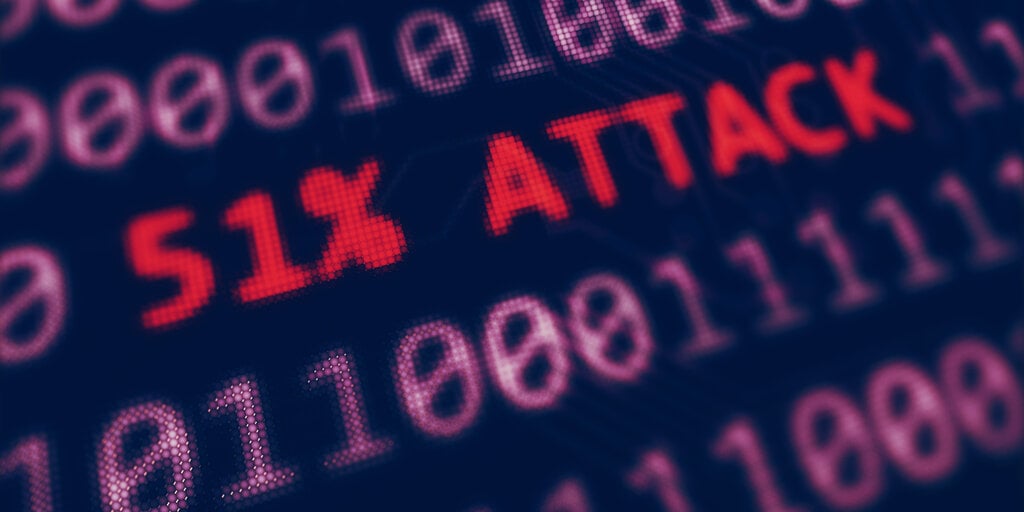 Just a week after the last massive 51% attack, Ethereum Classic (ETC) is yet again under siege today, as an unknown party has reorganized at least 4,000 blocks in the blockchain, according to Bitfly, the company behind mining pool Ethermine.

Today another large 51% attack occurred on the #ETC which caused a reorganization of over 4000 blocks. Until further notice ETC pool payouts are disabled and we encourage all our miners to switch to our #ETH pool at https://t.co/f8Px6gGJiM in the meantime.

The network saw a sharp and sudden influx of new computing power today, spiking the mining difficulty from around 56 to over 98 terahashes, data from mining-focused platform 2miners showed. Since blockchains usually strive to constantly retain the same time intervals between blocks (10 minutes in case of Bitcoin, for example), they automatically increase—or lower—the difficulty of discovering new blocks to match the current hashrate.

ETC should just switch to proof of stake. Even given its risk-averse culture, at this point making the jump seems lower-risk than not making it.

A 51% attack is one of the most dangerous challenges a blockchain can face. During such assaults, a single party aims to seize 51%—or more—of a network’s hash power, which would grant the attackers control over the blockchain.

Among other things, this allows hackers to override and cancel their transactions, making it seem like they never happened, and spend their coins several times.

As Decrypt reported, Ethereum Classic suffered a massive 51% attack just days ago as the hacker reorganized the blockchain with his own malicious blocks by August 1, replacing the legit ones.