Ethereum Can Hit $200 So Long As It Breaks THIS Level 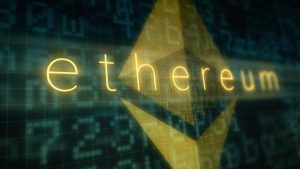 Ethereum saw a 10% price increase this week after it rebounded from support at around $150 to reach the current resistance at around $176. The resistance here is provided by a short term 1.414 Fib Extension level and ETH must overcome this to travel higher.

The cryptocurrency had traded at $176 earlier during the month but failed to overcome the resistance which caused it to roll over and drop into the support at a rising trend line.

Once $176 is cleared, ETH should have the potential to continue higher and reach the $200 level which will be the first time since mid-March 2020.

Taking a look at the daily chart above, we can clearly see ETH rebounding from the rising support trend line at around the $150 level. It went on to climb marginally above resistance at $172, provided by a bearish .5 Fibonacci Retracement level that is measured from the March high to the March low.