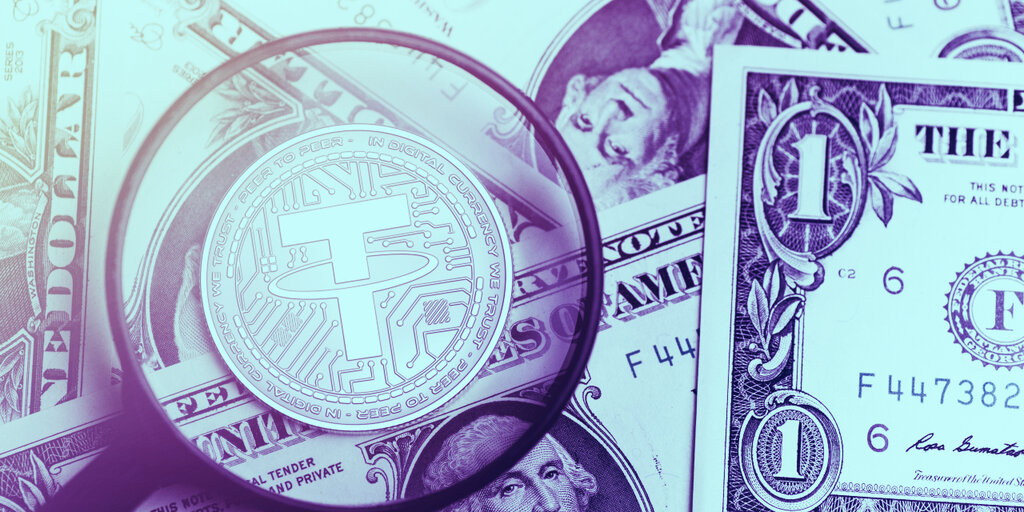 On Monday, the total number of daily transactions that involved Ethereum-based Tether (USDT), the most used stablecoin in the cryptosphere, has reached a new all-time high. According to Etherscan, 208,107 transactions were made, worth $1.2 billion, within a span of 24 hours.

As Decrypt reported on May 23, nearly $5 billion in Tethers were issued since January, possibly signifying the low levels of actual dollars circulating in the Bitcoin ecosystem, according to Nicholas Weaver, a researcher at the International Computer Science Institute in Berkeley.

By design, each USDT is supposed to be backed by a real $1 held by Tether Limited, the company behind the stablecoin. But in the past Tether has revealed that it’s holdings were only 74% backed, and that each USDT is now backed by its reserves, which are made up of both cash and various investments. The reserves have never been audited.

Tether is also available on other blockchains, including Bitcoin (via the omni network), Tron and Algorand.

If this trend continues, Tether may very well significantly surpass its records of 2019, when the stablecoin was used to transfer roughly $212 billion of value during the year.

Just recently, the stablecoin also outranked Ripple’s XRP among the top ten cryptocurrencies by market capitalization, taking the third place with its market cap of roughly $8.8 billion, according to CoinMarketCap.

Yet, the gap between the two is still relatively small by the industry’s standards—around $200 million—so XRP may still reclaim its place among “the big three” in the near future. That’s if it can solve its inflation issues.