ERC-20 Tokens Make up About 50% of Entire ETH Blockchain 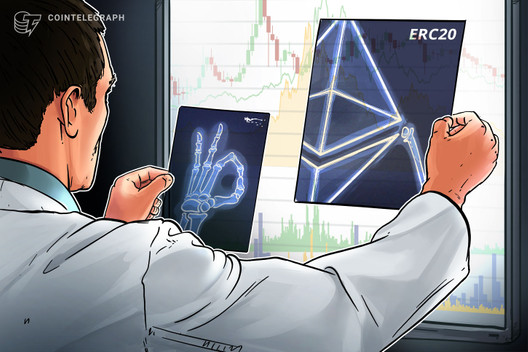 Ether now accounts for only half of the value on the ETH blockchain as DeFi tokens like LINK and stablecoins take its place.

With the five-year anniversary of the Ethereum blockchain less than two weeks away, the market cap performance of ERC-20 tokens has skyrocketed to almost achieve parity with that of Ether.

Ryan Selkis, CEO of crypto analytics firm Messari, said in a July 17 newsletter that over the past two months, the market cap of all ERC-20 tokens has shot up to roughly $25.6 billion, about 49% of the total assets on the Ethereum (ETH) blockchain, $52.6 billion. 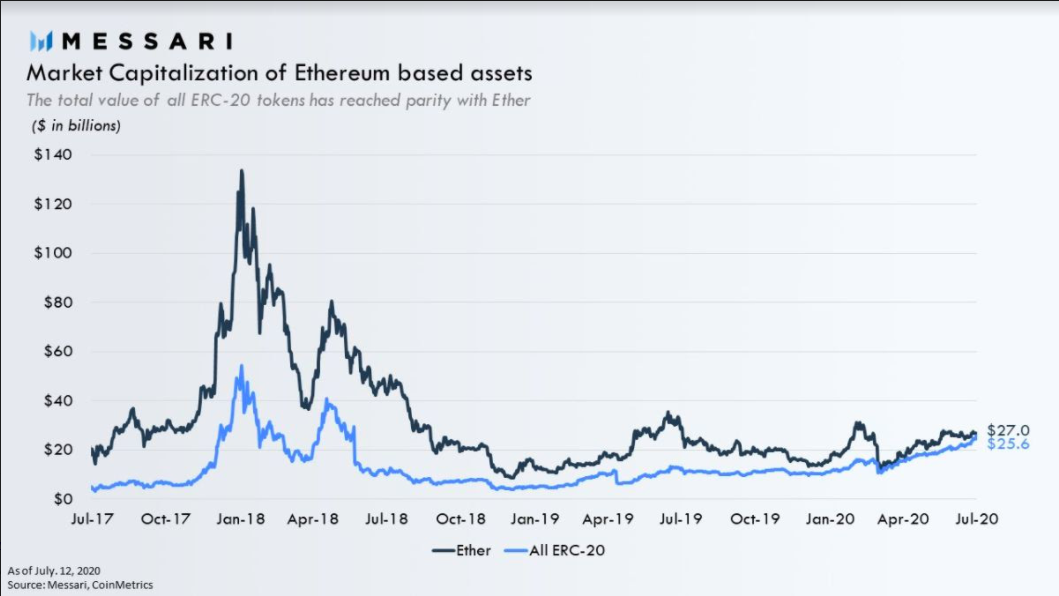 Rise in DeFi and stablecoins

According to Selkis, the growth of these tokens is primarily due to the Crypto.com token (CRO) and DeFi token Chainlink (LINK), but a surge of interest in stablecoins has also weakened Ethereum’s hold on its own blockchain.

Chainlink’s token has surged over 370% in 2020, gaining almost 80% this month to become the ninth-biggest cryptocurrency by market cap. CRO’s market cap has likewise improved, rising from $426 million in January to $2.6 billion today.

Cointelegraph reported on July 14 that the market cap of stablecoins has risen from $2.2 billion to $11 billion, while that of Bitcoin (BTC) has actually decreased 12%, from $195 billion to $171 billion. Thus the buying power of stablecoins like Tether (USDT) has markedly increased in 2020.