'Epstein didn't kill himself' gets burned into Bitcoin’s blockchain 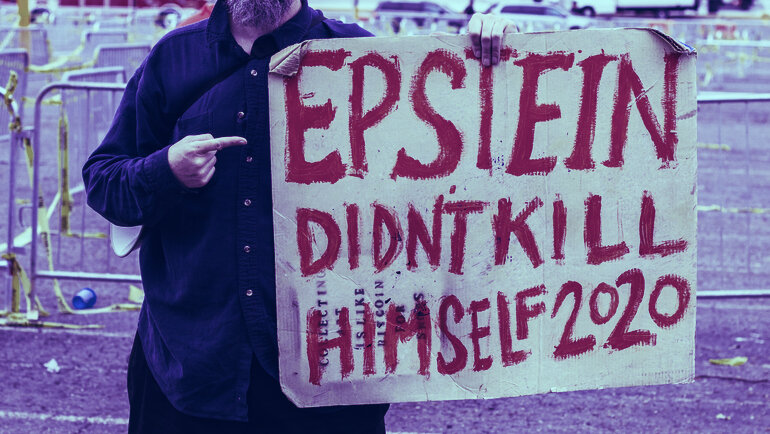 As Bitcoin’s block reward finally halved, a handful of Bitcoin enthusiasts took to the blockchain to share messages of thanks, hope, and Jeffrey Epstein conspiracy theories.

For many, yesterday’s halving inspired hope for the future. For others, it stood as a reminder of how far the industry had come. Some even decided to pay homage to the event by inscribing words of optimism and celebration directly onto the blockchain. And a few chose to throw a meme or two in there for good measure.

Reading like the kind of clumsily graffitied message you’d spot on a dilapidated house, one conspiracy theorist—and Bitcoiner—donned their tinfoil hat and wrote: “Epstein didn’t kill himself. End the FED. Last time below 10k.”

Others aired toward more heartfelt messages.

“Happy Halving! Best wishes of prosperity and freedom to all. Will,” wrote one.

“I hope covid-19 will end soon and world will be a better place. dog&cat forever,” read another.

Amid messages thanking pseudonymous Bitcoin inventor Satoshi Nakamoto, wishing for a happy halving, and hoping for an end to the coronavirus, one memo seemingly took a punt at a Bitcoin price prediction.

Still, even though the message is from some anonymous Bitcoin miner, it’s best to take any Bitcoin predictions with a pinch of salt—no matter who writes them.

As Decrypt reported yesterday, F2pool was responsible for the penultimate block (no. 629999) before the halving happened, writing a rather pertinent message.

F2pool hid the message directly in the coinbase transaction. The message paid tribute to the message engraved into the Genesis block by Satoshi some 11 years prior.

So cool. Homage to Satoshi’s genesis block note: “The Times 03/Jan/2009 Chancellor on brink of second bailout for banks”. https://t.co/S4529boCv5

If only Satoshi was here to see it.