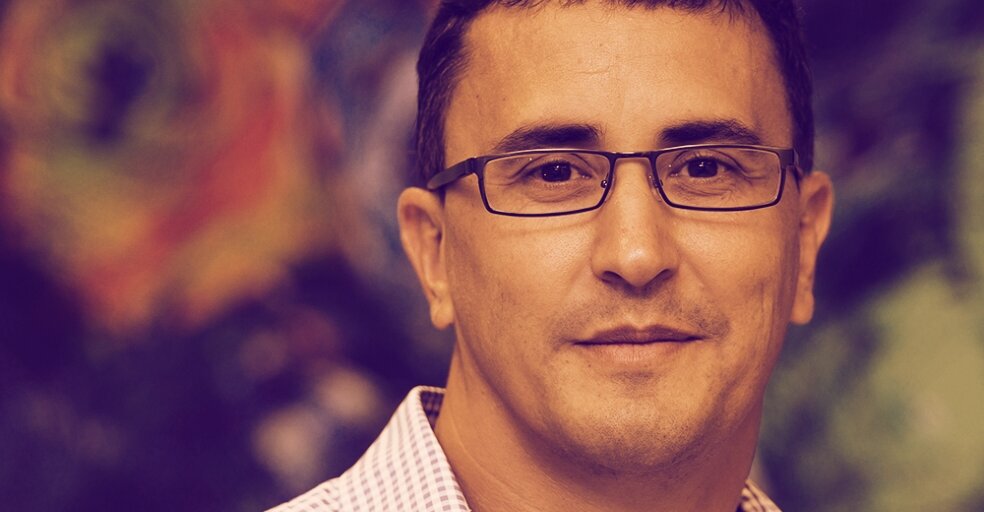 Blockchain may be here to stay, but it has no place in the current climate of social unrest, one of the higher-profile academic experts on blockchain technologies said.

“There will be a lot of people who will try to jam blockchain as a solution to social woes,” Emin Gün Sirer, a Cornell University computer science professor and DeFi startup founder, told Decrypt. “I don’t see any role whatsoever for blockchain to come in and ease racial tension or unite these factions.”

Following the death of George Floyd at the hands of police officers in Minnesota on May 25, America has been wracked by protests and civil disturbances. Amid the turmoil, some in the crypto space have pondered whether blockchain—or even Bitcoin—could provide some relief.

On the other hand, he does see a role for blockchain in helping to ease the economic contraction and social isolation that has come as a result of the lockdown, aimed at controlling the spread of the new coronavirus.

“Putting assets in decentralized mediums where they can be traded across the globe—that’s an interesting thing, and I see a lot of uses for it going forward,” he said. “So economically, yes, absolutely, blockchains are here to stay. But in this particular social climate, they have no role.”

Sirer, whom I first met at a crypto conference in San Francisco in early 2017, has a long history in the Bitcoin space. He was an author of a paper identifying security vulnerabilities in The DAO, a cryptocurrency crowdfunding project, just before it was famously hacked in mid-2016. He is also the co-director of the Initiative for Cryptocurrencies and Smart Contracts at Cornell University. And more recently, he is the founder of Ava Labs, an open-source platform for launching decentralized finance applications.

(Obligatory disclosure: I edited a press release for Ava Labs in early March, just after I left my last full-time gig. I have not done any work for Ava since, nor do I have plans to.)

Sirer also shared his views on the current political environment. He sees red flags at the social level. People are cooped up in their homes. The unemployment rate is 13.3%. And economic disparity is increasing.

Racial discrimination happens with great regularity, he said. The fact that it is getting national attention now is because it took place amid so much other social turmoil. But with characteristic optimism, Sirer believes meaningful social change will result.

“It’s the only thing one can hope for.”

He also sees a danger in bad actors derailing any promising discourse. “They can use this for internal political agendas, for consolidating a base that has racist views,” he said.

Similarly, he is also concerned that the public—including the crypto community—will focus on the vandalism when “the human rights abuses are far more disconcerting.”

Several Bitcoin maximalists have suggested on Twitter that we all go out and buy guns to protect ourselves from the looters, and whoever else comes at us. We asked Sirer what he thinks about all this gun-buying business.

Anybody still want to claim that it's a good idea for guns to only be owned by agents of the State? https://t.co/ERwXs2yHge

“There are a number of people who think that the case for crypto is strengthened as the social contract falls apart. Those people will play up the divisiveness,” he said. “They will play up the frictions that we are seeing. They will portray this as the end of the world, a plague coupled with the racial tension, rioting and looting everywhere, et cetera.”

That’s the wrong approach, he feels. This is not the apocalypse, he said, adding that he believes in two things: the inherent goodness of people and the economy’s ability to rebound.

“The economy is exactly the same way as it was when the pandemic started. We are capable of producing just as many goods. I believe the recovery could be swift unless we allow other factors to derail us—and I hope we won’t.”

At the same time, Serir also sees a new Bitcoin bubble in the making. He spoke about the paycheck protection program, and how it is funneling money into the financial system.

As of last month, more than $500 billion has gone out into PPP loans, as part of the massive $2.2 trillion CARES Act. (That’s not the whole story. All told, the U.S. government has committed more than $6 trillion to arrest the economic downturn during the pandemic.)

The loans, which will be forgiven if they are used for eligible purposes, were intended to provide relief to small businesses amid the lockdowns. Yet hundreds of millions of dollars of PPP funding have been claimed by large, publicly traded companies.

“A lot of companies received enormous checks, ostensibly for payroll,” said Sirer. Now, like water weaving its way through a rocky crevice, that money needs to find a home. Where will it go?

“Into every investment you can make that is later going to be liquid.” That probably doesn’t include real estate, but it will certainly go into stocks—and even crypto, he believes.

Indeed, since the CARES Act was passed on March 25, Bitcoin has gone up more than 40%. And despite the spate of recent business closings and record unemployment rates, the stock market seems to be holding up surprisingly well.

By the end of the summer, Sirer expects the “hot money” poured into the economy in response to COVID-19 to make its presence really known. “Stocks are overvalued by every traditional metric, and the money on the sidelines will look for worthy investment venues,” he said. “I expect a rekindled interest in crypto, a bull run.”