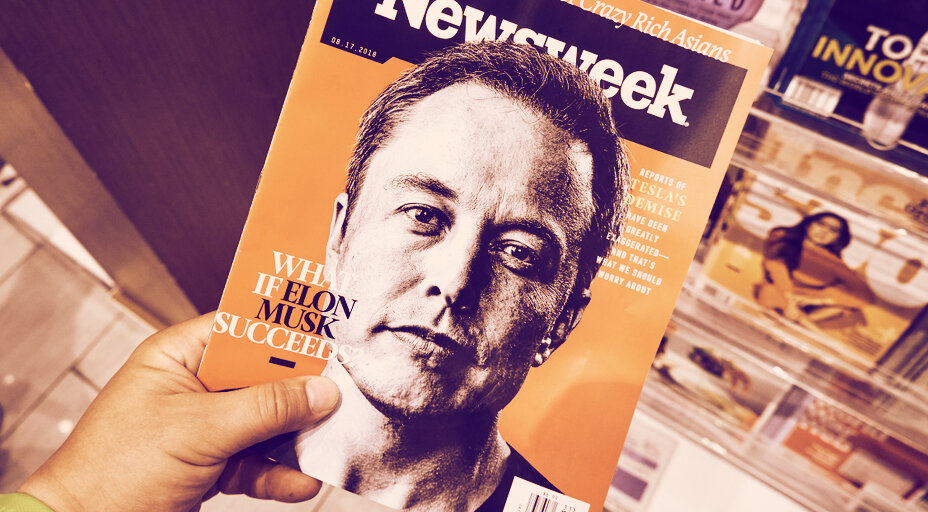 Fake accounts that look like they’re owned by SpaceX and Tesla CEO Elon Musk have collected over $2 million in the past two months alone, ZDNet reported today.

The funds were sent to so-called “vanity addresses,” Bitcoin addresses that contain a certain word—in this case Elon Musk.

The findings come from Justin Lister, CEO of cyber-security firm Adaptiv, which the researcher shared with the tech site earlier this week. Lister collated the addresses along with BitcoinAbuse, a database that contains information about scam-tainted Bitcoin addresses, for the past two months.

Lister found that over 201 Bitcoin was sent to 66 addresses since late April. ZDNet found that most of these Bitcoin addresses were shared through YouTube live streams, often from those whose accounts had been hijacked, and their accounts forced to pump out videos about Bitcoin scams.

With promises of high returns, the videos entice unsuspecting viewers to send them their Bitcoin. Elon Musk’s endorsement, clearly, was enough to get them to send through their funds.

The practice of crypto scammers fronting as celebrities is nothing new, and don’t always involve Bitcoin vanity addresses.

In a particularly nasty case at the start of the year, Adam Jicha, a Czech YouTuber who at the time had over 300,000 subscribers for his gaming channel Roth Wellden, was booted out of his own account by scammers.

The scammers deleted his name from the account and replaced it with Changpeng Zhao, CEO of Binance—along with a mugshot—and pushed out a single live stream titled: “BINANCELIVE: interview with Binance CEO, Announce BTC Giveaway.” The old game of “send me 1 BTC and I’ll send you back 10” was afoot.

Scammers have imitated stars all over the multiverse, as diverse as soccer manager Sir Alex Ferguson and actress Kate Winslet. Even the likenesses of the Duke and Duchess of Sussex were recruited by scammers to endorse “cryptocurrency auto-trading program Bitcoin Evolution” that could turn “anyone into a millionaire within three to four months.”

Remember: not your keys; not your Bitcoin. And certainly not Elon Musk’s.