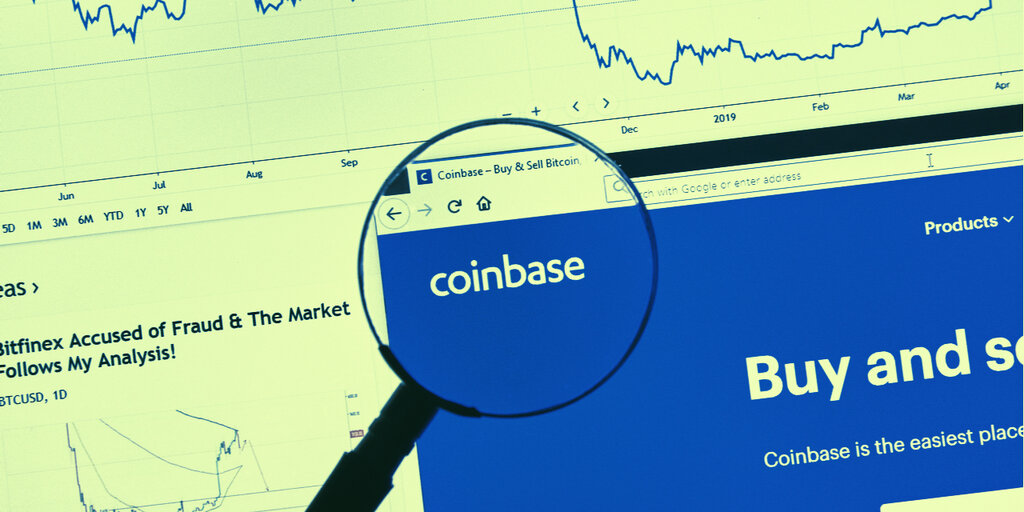 In at least one key way, cryptocurrency exchanges are exactly like banks: Americans who use them can have their information turned over to government agencies without a warrant.

The Electronic Frontier Foundation (EFF), a privacy-centric civil liberties group, has had enough of that, so it’s looking for cryptocurrency exchanges—whose users often prize crypto’s anonymity and censorship-resistance—to push back.

Today, it called on Coinbase to release regular transparency reports detailing government requests for user information—and how the exchange responds.

What are cryptocurrency exchanges?

“EFF has become increasingly concerned that payment processors are being asked to turn over information on their customers, without any mechanism for the public to know who is making those requests, or how often,” Haley Tsukayama wrote in an EFF blog post today.

She continued: “In providing the public with data on how often law enforcement seek user data and how often services comply, transparency reports show whether companies are living up to their promises to protect user privacy.”

In EFF’s view, Coinbase has, at least on one occasion, not protected user privacy.

It points to the exchange’s role in providing information to federal law enforcement as part of an investigation into a child pornography site that took payments in Bitcoin.

Although they obtained a warrant to search Gratkowski’s house, federal agents did not serve a warrant to Coinbase, meaning the subpoena request wasn’t approved by a judge. As EFF notes, they didn’t have to. A district court ruled that Gratkowski, as a cryptocurrency exchange user, lacked a reasonable expectation of privacy.

In upholding that decision, the Fifth Circuit Court of Appeals concluded:

In other words, when users turn over their financial data to a third party—whether it’s a bank, cryptocurrency exchange, or another financial institution—their transactions are no longer necessarily private. Not your keys, not your Constitutional right to privacy.

EFF thinks the ruling “makes no sense in a world where everyone navigates through their daily life by relying on services such as email that provide third parties with access to sensitive information.”

EFF stops short of faulting Coinbase for handing over information in the Gratkowski case. Instead, it wants to know how often such requests happen and how Coinbase decides whether or not to comply.

Notably, rival exchange Kraken releases a transparency report at the end of the year detailing how many requests it gets from law enforcement, including the country, agency, and location of the account holder.

It's that time again. Here's a snapshot of our Compliance team's 2019 Transparency Report. Team America still ahead with 61% of total requests, down from 66% last year. Other geos gaining fast. Trend is obvious. Costs are increasing, even in a relatively flat market. pic.twitter.com/4AMe11unoL

Picking on Coinbase is something of a strategic decision as EFF wades into the crypto waters and appeals to users’ basic expectation of privacy.

(Coinbase has not yet responded to a request for comment.)