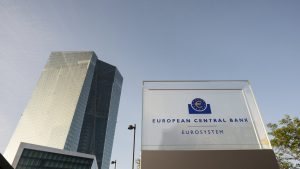 The European Central Bank released a report on Tuesday highlighting the features of its Central Bank Digital Currency (CBDC).

The project is currently being handled by EUROchain Research Network along with R3 and Accenture. EUROchain has 18 Central banks from countries in Europe that participate in the development.

Against this background, the ECB cannot, at this stage, consider basing its market infrastructure on a DLT solution.

The team has made significant progress since then as it comes finalizing the technical design of the Digital Currency.

From ‘Blockchain, not Bitcoin,’ the ECB has now moved to DLT (Distributed Ledger Technology). R3’s Corda leads the innovation and research on DLTs.

The most important aspect of the report with the introduction of Proof of Concept (PoC). It also introduces anonymity vouchers “that a user can spend without the AML authority seeing transaction data.” The amount of these vouchers will be limited by the banks.

The bank plans to guarantee the privacy of individuals in the banking transaction while protecting AML/KYC laws at the same time.

Moreover, the issuance of the tokens will be controlled by the ECB itself. Furthermore, the validation of transactions and the AML compliance will be overlooked by the ECB and other central banks at all times as well. Mati Greenspan, a financial and crypto analyst identifies their plans as ‘dystopian.’ Greenspan aims to highlight the perils of the proposed system later this evening.

The features in the report are currently in the design phase. The paper reports,

“Although there is no immediate need to take concrete steps towards the issuance of CBDC in the euro area, the proof of concept will be instrumental in any assessment of (i) how CBDC could work in practice…”

Moreover, the concept will also be assessed on its impact on the global economy in general.

Last but not least, the Chinese CBDC is due for launch in the near future as well. The Chinese also aims to provide interoperability in its model. The future of cross-border payments will be strongly influenced by the success or failure and co-operation of these Central Banks.

Do you think that CBDC will mark the end of cryptocurrencies in general? Please share your views with.