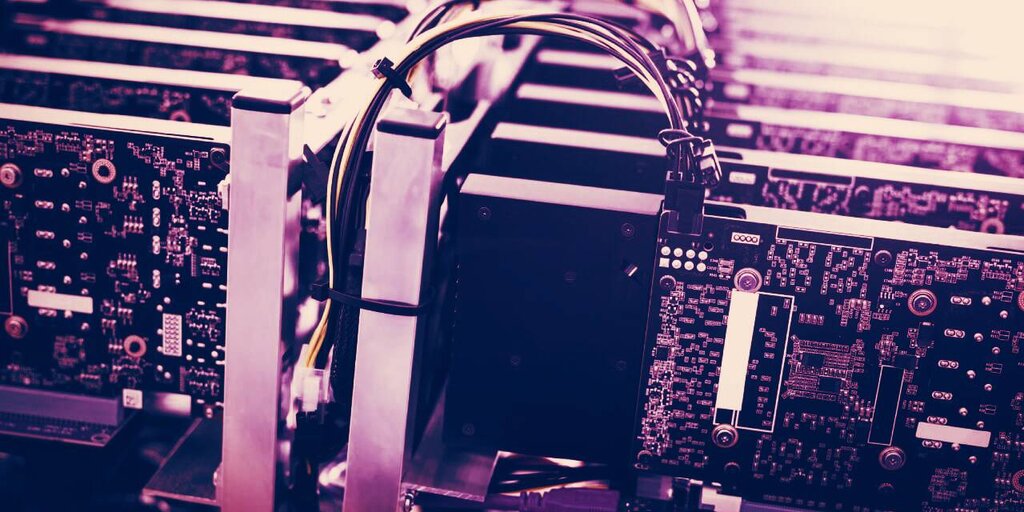 One of the top four Chinese crypto mining manufacturers, Ebang has had a turbulent first few days on the NASDAQ since its listing on June 26. Ebang’s stock initially shaved 10% off its initial listing price, before pushing towards recovery during the latest two days of trading; it currently sits at approximatley 8% down on its listing price, according to TradingView.

On top of its fluctuating stock price, Ebang faces a series of court battled in China.

Ebang in the courts

According to its F-1 form, filed with the SEC, Ebang is currently named in three ongoing suits: one as a defendant, and two as a plaintiff.

As a defendant, Ebang was named in a June 2019 suit for $57.9 million, alleging that Ebang failed to deliver 56,000 of 80,000 machines it sold a customer, and that the remaining 24,000 didn’t meet the performance standards in its sales contract. Ebang responded with a counterclaim stating it had delivered all the machines in the purchase order, and demanded a payment for the balance to the tune of $40 million. This suit is currently before the courts.

Acting as a plaintiff, Ebang is currently suing a customer for approximately $10.5 million from an unpaid purchase order worth $54.5 million. In response, the customer filed a counterclaim alleging that only 65,000 units out of 90,000 units of mining machines were delivered and accepted requesting a refund of $7.5 million. This case is undergoing trial.

Ebang is also suing another of its customers for $4.3 million of an unpaid invoice worth $7.2 million for 10,000 mining machines. The counterclaim from the customer says that Ebang hasn’t delivered all the machines as per its contract.

In addition to these civil cases, Ebang has also been linked to a case involving Yindou, a Chinese peer-to-peer online lending platform that effectively vanished in 2018 with approximately $622 million in deposits. According to reports, Ebang was named as a party to the case in court dockets and is being accused of laundering money “in exchange for potentially laundering money, inflating sales revenue, or collecting a fictitious sales contract.”

In June 2018, as Ebang was preparing to list on the Hong Kong Stock Exchange, a group of former Yindou investors reportedly sent a group letter to financial regulators in Hong Kong, accusing Ebang of misappropriating $70 million from Yindou to inflate its books. In the end, the company failed to successfully list both in June and December 2018.

Ebang also disclosed in its F-1 that it has made a number of sales to clients in Iran, but had only received a warning letter from the US Department of Commerce.

Within China, local financial media are skeptical about mining firms’ potential for profitability.  State-owned newspaper Security Daily, a publication seen as a mouthpiece of local regulators, ran a column arguing that, in the face of a turbulent market and a hostile regulatory environment, “crypto mining hardware manufacturers are turning to the capital markets for financing to ease their plight.”

China is losing its dominance over Bitcoin mining industry: report