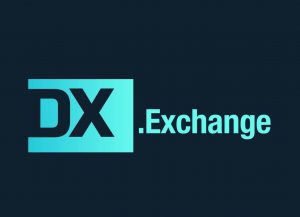 DX Exchange, which shut down earlier this month, is reportedly undergoing bankruptcy proceedings. Furthermore, employees of parent company CX Technologies Ltd have filed a petition in an Israeli court to dissolve the exchange.

No Payouts Since September

The exchange, which had deployed NASDAQ’s matching engine and market surveillance closed its operations in early November. The exchange further said it was looking for a merger or acquisition.

As per the bankruptcy petition filed, employees of CX Technologies have not been paid for the month of September and October. Furthermore, if claims are to be believed, the company has no funds left in its bank accounts. As a matter of fact, the company’s owner Pinhas Patarkazishvili agreed with this assessment and has allowed the proceedings to go forward.

The petition further claims that 55 employees of CX Technologies were involved in Israel’s multibillion-dollar binary options scam. As per the document, CX Technologies is a successor company to SpotOption, which was raided by the U.S. Federal Bureau of Investigation (FBI) in January 2018.

Furthermore, several Israeli suppliers have also sued CX Technologies in the last six months for allegedly failing to pay its bills. These companies include White Hat Ltd., which provided cybersecurity services to DX.Exchange; Bee2See Dotan B.S. Solutions, which provided targeted marketing of potential customers; and Malam Team, which supplied servers to the exchange, per the report. Interestingly, the report further mentions that more creditors could come forward.

DX. Exchange CEO Daniel Skowronski responded to the petition and said that he has applied for an MTF (multilateral trading facility) exchange license and it is about to be granted under a different entity. The latter has been subjected to backlash from the crypto community and the latter has time and again trashed the claims.

Skowronski further said that the exchange has not filed for bankruptcy as yet. He also said that the firm is still in talks about being acquired but the process is taking a bit longer time.

Will DX. Exchange manage to get acquired? Let us know, what you think in the comments below!