DUSK Temporarily Flash Crash to 22 Sats, Mainnet to be Delayed 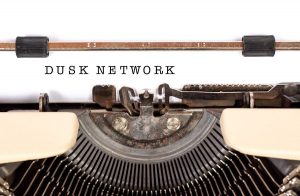 Earlier today, DUSK, the native token of the DUSK Network, crashed to 22 Sats before rebounding following confirmation of mainnet launch delays. Without a mainnet, there will be no Security Token Offerings (STOs) in 2019 as earlier promised. This reportedly disappointed private investors who then sold the token at a discount, posting losses.

The Dusk Network is designed for STOs, a legal variant of the wildly popular ICOs, only that the token generating startup has to comply with regulator’s guidelines. Dusk Network does this by introducing the flexibility and decentralization of Ethereum with the privacy and stealth offered by Monero. Aside from STOs, the founding team plans to hone in on several initial use cases like media streaming, private file transfers, and conferencing.

Investors were looking forward to the first STO scheduled in Q4 2019. The Dusk Network was supposed to launch its mainnet in Q2 2019 but with delays, it also means the first project that had planned to raise funds, Maltese BWRE, will not issue security tokens and raise $24 million as projected. BWRE specializes in identifying undervalued assets before renovating them into short-stay accommodation. Emanuele Carboni, the BWRE CEO, while talking about the liquidity and cost benefits of carrying out an STO said:

“’It is a joy to be able to offer a tokenized real estate business that focuses on the blockchain island Malta, which has always been a place of technological and regulatory innovation. This attitude, combined with the liquidity and cost benefits are exactly why I chose to STO on top of Dusk Network.”

Notably, the Dusk Network will partner with iFinex, the parent company of Bitfinex, a centralized exchange, and Ethfinex, an Ethereum-based DEX, meaning funds can be funneled from interested investors. iFinex invested $2 million in Dusk Network during its private sale. In total, the team raised $8 million during their private sale, paving the way for development.

DUSK Network has also integrated with Binance Chain, and towards that end, they migrated a part of their token system to the chain developed by the world’s leading cryptocurrency exchange. The migration also meant direct listing at the exchange, boosting the token’s liquidity.

The post DUSK Temporarily Flash Crash to 22 Sats, Mainnet to be Delayed appeared first on Coingape.