“Doing Better Now Will Pay Off For Decades”, Vitalik Justifies The Delays To Ethereum 2.0 Launch 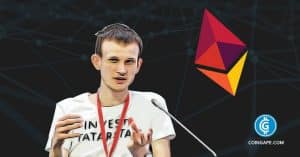 The Ethereum community is eagerly awaiting the launch of the Ethereum 2.0 Phase 0 after its failed launch on January 13, 2020. While top developers working on the project gave a possible Q2 release date earlier in the year, including the founder of the blockchain Vitalik Buterin, the community may have to wait a bit longer for the update.

Following a confirmation on a possible Q3 release date of the Ethereum 2.0 by Vitalik during the Consensus Distributed conference, the blockchain’s top man has come forward strongly defending the delays experienced in the launch process.

The Ethereum 2.0 launch has been pushed back a couple of times as the developers focus on getting the blockchain right in one take. A leading ETH 2.0 developer, Justin Drake, tweeted his belief that the delays on ETH 2.0 will eventually come good as the platform will be better than originally planned. He said,

“We could have launched a year or two earlier the easy way. It was painful but it was right. Our investments will pay off for decades.”

In a supportive reply to the message, Vitalik hinted that the current delays promise a better platform for the community. Buterin, who has fought for the implementation of the proof-of-stake mechanism, implied that delaying the platform and getting the best out of it was a better choice than rushing into launching a deficient platform.

Explaining his regret on the Ethereum 1.0 launch he said,

My biggest regrets today are *not* launching eth1 in Jul 2015 instead of Sep 2014. They are about all the deficiencies in eth1 that we now have to spend years painfully fixing. Hex tree, RLP, gas costs, no account abstraction….

Doing better now will indeed pay off for decades.

“Doing better now will indeed pay off for decades,” – Vitalik Buterin on the ETH 2.0 delays.

A delay for a Better Platform?

Since the announcement that Ethereum will be switching from the proof-of-work consensus algorithm to staking algorithms, the developers have added a number of improvements on the plan, increasing the amount of work and time before launch.

For instance, Danny Ryan, an Ethereum developer recently said the delay to the Q3 launch date was due to the development of the “multi-client paradigm” which will enhance the security of the platform by allowing different clients to host nodes reducing the chances of a single point of failure attack.