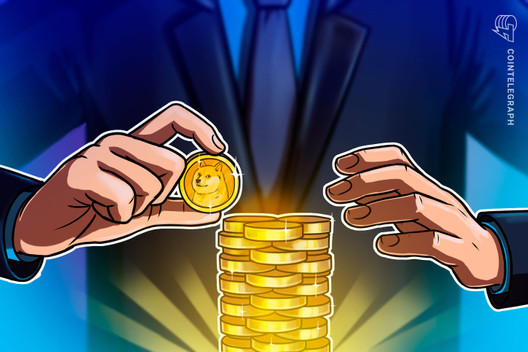 Dogecoin has surged almost 20% this week, possibly due to a viral TikTok challenge that encourages users to get rich should the coin’s price hit $1.

Crypto asset Dogecoin (DOGE) has leapt 18% in 24 hours and almost 20% over the past week. The price action is happening against the backdrop of a viral TikTok challenge that encourages users to pump the coin.

The most popular video under the hashtag #DogecoinTiktokChallange has amassed nearly half a million views so far. It was posted five days by a user jamezg97, and effectively described what seems to be a pump scheme:

“Let’s all get rich! Dogecoin is practically worthless. There are 800 million TikTok users once it hits 1 dollar, you’ll have $10,000. Tell everyone you know.”

In another video, a user named kindashortidiot says, with a DOGE chart in the background:

“Everybody, just please listen to me. This is Dogecoin. If you know nothing about investing, it doesn’t really matter. Go put $25 into this and that will be 10,000, okay? And if this reaches $1, you will have made ten grand. Please, just try it out. Go pump it!”

Another popular entry under the hashtag #Dogecoin is addressed to “some smart asses buying Dogecoin on Robinhood” and essentially warns them against investing in DOGE, “literally a monopoly money.”

Cointelegraph reached out to TikTok to ask if this kind of content complies with its guidelines, but received no reply as of press time.

Dogecoin is a Litecoin (LTC)-based cryptocurrency that was created by a United States-based programmer Billy Markus and directly inspired by the “doge” meme. Despite being introduced as a “joke” cryptocurrency back in 2013, it has since managed to build a sustainable community on Reddit and Twitter.

Its most famous supporter is tech mogul Elon Musk. In April 2019, Musk tweeted that DOGE “might be” his favorite cryptocurrency, and that he finds it to be “pretty cool.” In a joke poll that took place on Twitter around the same time, the crypto community voted Musk as the best CEO candidate for the asset.