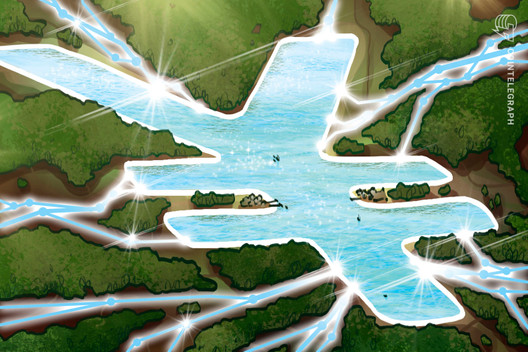 As the development of the digital yuan project progresses, the number of China’s largest companies testing the national cryptocurrency is rapidly growing.

Despite the global economic crisis and the consequences of the coronavirus pandemic, the development of the Chinese national cryptocurrency, the Digital Currency Electronic Payment, is steadily progressing. The increase in the number of large companies joining the digital yuan initiative as partners in testing and implementing the technology is clear evidence of the progress the project is making in its development.

Meituan Dianping, the country’s largest wholesale and delivery platform for products, has become the latest corporation to agree to assist the People’s Bank of China in testing and implementing the initiative. The platform currently has almost 450 million customers and about 6 million companies using it to sell their products.

Earlier, DiDi Chuxing, the Chinese Uber counterpart with a client base of about 550 million, and streaming platform Bilibili, which is used by more than 170 million, also joined the testing of China’s national digital currency. Additionally, Simon Li, founding partner of Chain Capital, revealed to Cointelegraph that DiDi will become the world’s first private enterprise to accept central bank digital currency payments.

What is in it for these companies?

The People’s Bank of China started selecting the first merchants for testing the DCEP back in April. As reported by Cointelegraph, the list supposedly included mainly retail companies, especially food and beverage ones such as Starbucks and McDonald’s.

The choice behind entities such as DiDi, Bilibili and Meituan Dianping can be explained by the fact that their users make transactions worth several billion dollars daily. Such volumes can significantly accelerate the popularization, and hence the adoption, of a digital yuan.

The total number of customers of the three services combined is over 1 billion people located not only in China but also in Australia and several countries in South America, according to statistics provided by the companies. If such a global approach is realized, the DCEP could gain access in test mode to a vast segment of users, among which are representatives of large companies in the world of finance. As a result, the DCEP has exceptional chances of being popularized in a reasonable amount of time.

Additionally, the aforementioned companies will gain a significant competitive advantage by becoming the first to introduce such a new technology into their products. As infrastructures with a large flow of daily transactions, the companies will make use of facilitating remittances in a more reliable, cheaper, faster fashion. Experiments have shown that while it usually takes about 45 days to complete a full cycle of letters of credit with the participation of the banks of buyers and sellers in different countries, using blockchain can reduce the process to just one or two days.

It is as of yet unclear how long the testing period of the digital yuan will last. However, given that the number of China’s largest companies that are getting involved with the technology is growing rapidly, it is safe to assume that the first phase of testing is underway.

According to available information, testing of the DCEP is already being conducted in four cities: Shenzhen, Suzhou, Chengdu and Xiong’an. The goal is to test for theoretical reliability, system stability, functional availability, process convenience, scenario applicability and risk management. This is also the first time that regulatory authorities have confirmed the dynamics of the transitional digital currency pilot project, as Jianing Yu, president of Huobi University explained.

Earlier, four state-owned banks as well as a number of large companies, including Huawei and telecommunications giants China Telecom, China Mobile and China Unicom, all joined the testing phase. In April, the Agricultural Bank of China also confirmed its participation in the pilot project. However, it may still be far from completing testing, as Yu noted in a conversation with Cointelegraph:

“We should see that these current tests are actually still in the research stage, not preparing for immediate launch. Besides, according to the latest report, Didi, Meituan, Bilibili and some other Internet companies have partnered with a list of companies and banks to test DC/EP. Meituan and Didi will explore the application of digital currency on the smart transport platform. Bilibili’s cooperation has started the technology development stage.”

In total, more than 20 companies are involved in the digital yuan project to date. It is notable, however, that Alipay and WeChat Pay — the largest payment systems in China — are not on the list of participants, according to the information available to the public.

The South China Morning Post recently suggested that China is launching the digital yuan as an alternative to Alipay and WeChat Pay. Given that these peer-to-peer payment systems control about 90% of China’s digital payments market and exceed Mastercard and Visa combined, it will be interesting to see if they will play a part in the launch of the CBDC system. The question being posed by most analysts is whether WeChat and Alipay will become the main providers of digital yuan services, or whether they are aiming to compete with the CBDC.

According to Jeff Chu, founding partner of BN Capital, Beijing is not looking to replace Alipay and WeChat Pay with the DCEP; rather, the companies are likely to be integrated into the DCEP, as he told Cointelegraph:

“The popularization of P2P payment is now gradually increasing, and the usage scenarios have changed from simple transaction payment scenarios to areas such as life travel, entertainment, medical health, and insurance. That kind of peer-to-peer electronic payment software has become an essential tool for payment scenarios in China. We have reason to believe that the relationship between CBDC and WeChat and Alipay will be more of cooperation than competition.”

Even though 90% of contactless payments are made through digital platforms in China, the national cryptocurrency can offer the financial market elements that are lacking in modern electronic payments. In a conversation with Cointelegraph, Yu dwelled upon the problems that the DCEP may solve:

“First, the cost of cash circulation is too high to track, there is a risk for money laundering. Second, current electronic payment in existing bank accounts is based on the tight coupling, which often causes leakage of personal privacy information, and it cannot meet the public’s demand for anonymous payment.”

Among other aspects, Yu noted that China’s payment platforms such as WeChat Pay and Alipay only cover a part of all transaction scenarios, such as customer-to-customer transfers and small payments in the customer-to-business sector, for example. However, scenarios such as business-to-customer salary payments and business-to-business transaction settlements cannot be facilitated by the currently available mobile payment systems. Users that have other needs may have to choose between WeChat and Alipay, or the CBDC. Yu assumed that in the short term, the DCEP and third-party payment platforms may coexist. However, in the long run, they will gradually merge into a single system.

Given that China is seeking to fully digitize its financial industry, Alipay and WeChat Pay may get even more popular as the payment systems of choice after the DCEP starts replacing cash payments. Over time, the two platforms can also become vital instruments for the government in accelerating China’s transformation into a cashless economy. According to another scenario, Alipay and WeChat Pay might serve as providers for digital yuan services. Chain Capital’s Li told Cointelegraph:

“Although neither Ali nor Tencent participated in the research and development work of DCEP, DCEP will have an impact on WeChat and payment. In the future, Alipay and WeChat Pay will play the role of channel or scenario providers, namely platform functions such as booking air tickets, hotel, shopping and so on.”

Considering that both Alibaba — the creator of Alipay — and Tencent —the creator of WeChat — have previously worked on blockchain-related initiatives with provincial governments and also at the national level, they are not likely to disregard the adoption of the DCEP. Musheer Ahmed, managing director of FinStep Asia — an advisory firm assisting financial technology startups — is confident that the two will become major platforms for the adoption of the digital yuan at the local level, given the scale of their use in China, telling Cointelegraph:

“The two techfins are an important and integral part of the payment ecosystem. I expect that they will also be a major part of the usage of digital yuan locally. With the digital yuan also playing the role of further enabling cross-border usage of the currency, both of these firms, especially Alibaba, will be a major facilitator for ecommerce on the OBOR countries/Digital Silk Road.”

The merger can be questioned

It may be too early to look into the future to see how cooperation between the government and the large companies may shape out given how young blockchain technology and the regulatory aspects surround it are. It is also unclear whether blockchain, which is partially used by the DCEP, will be able to work on par with electronic systems with a load of billions of transactions per day.

Speaking to Cointelegraph, Olinga Taeed, a council member and expert advisor of the China E-Commerce Blockchain Committee, provided extensive thoughts on why full-scale cooperation between WeChat, Alipay and the DCEP might be called into question, even though WeChat owner Tencent is providing its Meituan Dianping platform to pilot the CBDC:

“Whilst AliPay and WeChat pay are moving towards ’blockchain-esque’ transaction protocols they currently consider them as unsuitable for the volume they have to manage. Bitcoin, for example, currently has a transaction speed of approximately 3 per second, but AliPay is at around 300,000 per second with scalability of over a million destined before year end.”

Taeed also added that blockchain protocols and architecture are unsuitable, but fifth-generation payment systems such as AeMoney, which was created by former AliPay chief technology officer Hu Yan, are moving toward implementing a peer-to-peer system but scoff at blockchain as a viable solution.