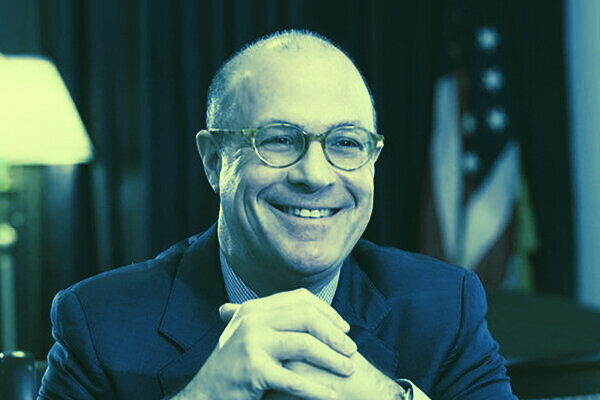 The former chairman of the Commodity Futures Trading Commission believes the time is ripe for a US digital dollar, and the project he initiated to achieve this end has now laid out its plan for a US central bank digital currency.

The Digital Dollar Project today released its first white paper for the proposed development of a US CBDC.

The 50-page white paper proposes a US digital dollar that co-exists with physical cash. It outlines the benefits of a CBDC, spells out some use cases, and goes on to discuss pilots.

Accenture is a lead architect in the project. And the paper points out that to prevent duplicate spends, its proposed digital dollar would make use of distributed ledger technology or DLT- “inspired” systems, indicating that it will only be loosely associated with anything blockchainy.

The paper proposes that a tokenized dollar follows the existing two-tiered distribution model of physical cash.

In the current system, the Federal reserve produces cash and distributes it to intermediary financial institutions, who then send it off to individuals and businesses.

“Commercial banks (and potentially other regulated intermediaries with access to the Fed) would exchange reserves for digital dollars to be distributed to end-users much in the way they currently do when issuing physical cash to customers through ATMs,” the paper said.

Privacy is a big concern among those using any sort of digital payment system because it allows spendings to be easily tracked by Big Brother. After all, one of the advantages of cash is its anonymity.

The paper weighs both sides of the equation but doesn’t go into any great detail on how it will deal with the problem. It acknowledges that a completely anonymous system would allow for illicit activity. Meanwhile, nobody wants a completely transparent system in which their financial lives are exposed.

Instead of offering a solution, the paper points to the Fourth Amendment, which “clearly requires that seizures and searches of ‘paper and effects’ must not be ‘unreasonable’.” thereby leaving the problem in the hands of the government.

According to the 2017 FDIC survey, roughly 14 million American adults lack a bank account.

“Lower system costs and digital wallets tied to the custody of tokenized digital dollars may hold advantages over traditional bank accounts in terms of expanding access to underserved populations,” the paper said.

The next step for the project is to build and test out its system in a series of pilot programs.

The use cases are spelled out as being either part of domestic payments, international payments, or government benefits and range from direct peer-to-peer payments to issuing government aid in response to disasters.

Several other countries exploring CBDCs have moved into pilots. Recently, the People’s Bank of China began a trial with its CBDC with the Agricultural Bank of China.

Original Source: Decrypt Digital Dollar Project lays out its plan for a US digital currency