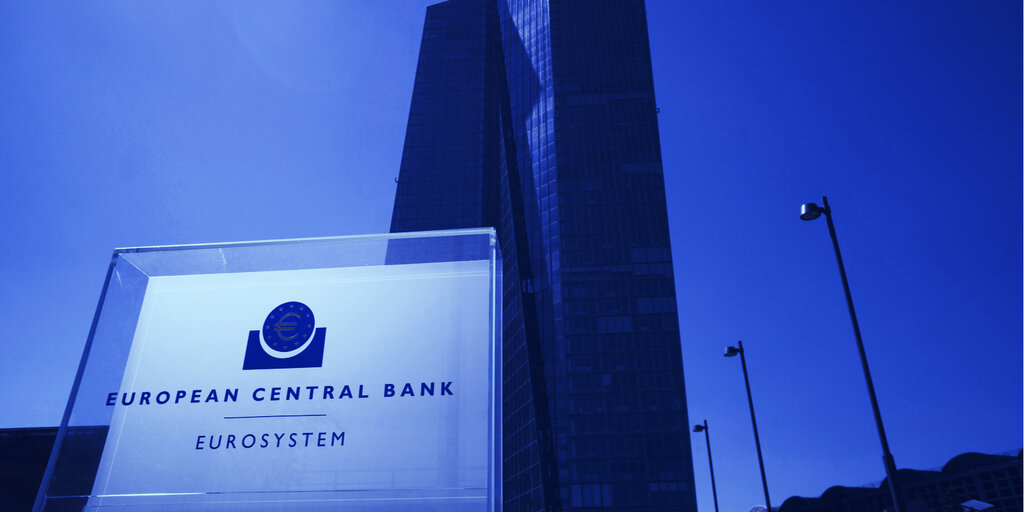 Amid concerns that privately-run stablecoins will usurp the dominance of central banks, a member of the executive board of the European Central Bank today said today that it is working on a central bank digital currency, but that now is not the time to implement it.

There is currently a “lack of a concrete business case,” Yves Mersch told an audience at Coindesk’s virtual conference, Consensus Distributed. The European Central Bank is nevertheless exploring the matter: “If and when the time comes, we want to be ready—and we will be ready,” said Mersch.

The ECB is also concerned about the creation of privately run stablecoins, like Facebook’s Libra coin. Libra’s value is pegged to a basket of fiat currencies, the ratio of which the privately run companies within the Libra Association would decide. Should Libra become popular, private companies would effectively become the world’s central bank, able to determine monetary policies that would influence the global economy.

Mersch has criticized the Facebook-led Libra Association, the coterie of private companies that will run Libra. In September 2019, he referred to it as “cartel-like” due to its membership, which at the time comprised many of the world’s leading payments companies (many of which, such as Visa, MasterCard, and Stripe, have since dropped out).

Libra, said Mersch at the time, could “reduce the ECB’s control over the euro, impair the monetary policy transmission mechanism by affecting the liquidity position of euro area banks, and undermine the single currency’s international role, for instance by reducing demand for it.”

Despite concerns, Mersch said today that it is not yet time to issue a retail CBDC—a digital version of the euro intended for use by the general public.

“Although cash often gets a bad press, demand is not receding,” he said, citing a 2017 ECB survey which showed that 76% of transactions in Europe are in paper money. “We currently see no indication that the public at large is willing to abandon the valued and trusted advantages of cash.”

He also said that “introducing a retail CBDC could have major consequences for the financial system.” If anyone could buy a CBDC from a central bank, then consumers would have no incentive to hold any of their money in high street banks. A central bank would also have to start offering loans, directly competing for business with private banks.

Unless private banks came up with other ways to keep their customers on board, “This could trigger digital bank runs of unprecedented speed and scale, magnifying the effects of such a crisis,” Mersch said. This would be “economically efficient and legally untenable,” he said.

Gregory Klumov, CEO of the biggest blockchain-based euro on the market, EURS, shares Mersch’s concerns. “The commercial bank’s role in accepting deposits and insuring them with 100,000 each would be totally destroyed” should customers instead bank directly with the ECB.

“The ECB’s approach to stablecoins still remains analytical rather than a practical call to action,” he said; the won’t issue CBDCs “until their mandate changes.” The ECB may welcome offerings from private companies, said Klumov, “but the question still remains: how should they be regulated?”

For anyone who can’t wait, Mersch has some words of reassurance: “Most of the money issued by central banks is in fact already digital, albeit not called CBDC.”