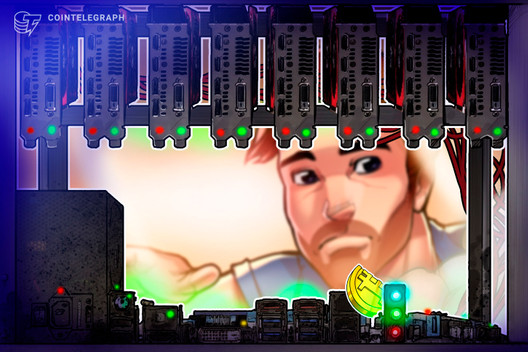 “Rolling MRI (Miner’s Rolling Inventory) has declined significantly since the halving, meaning that miners are holding onto more BTC than they are mining, despite the (presumed) increased costs of the added hash power to the network,” Digital Assets Data CEO and co-founder Mike Alfred told Cointelegraph on June 18.

The network mining difficulty of crypto’s largest asset recently surged to unusual heights. This essentially means Bitcoin miners are spending an increasing amount of time and effort running the blockchain while seeking their payout, or mining reward.

“We just saw the single largest upwards mining difficulty adjustment ever, and are now at close to ATH [all-time high] hash rate levels despite the lower block reward,” Alfred said on June 18.

Known for its Bitcoin-backed investment trust under the ticker GBTC, Grayscale has bought up a considerable amount of Bitcoin in recent weeks. Late May reporting showed the entity purchased 50% more Bitcoin than the total amount the market mined since the asset’s halving in early May.

Zooming out to a high level vantage point, Alfred noted:

“In my opinion, the global macro backdrop remains fundamentally bullish. While it’s always possible to see lower prices in the very short-term, I’m highly confident that prices will be higher 12-24 months out.”

The CEO also said he expects bullish outcomes for assets that do not reflect the success of their underlying projects. “I’m extremely bullish on protocols like Horizen (ZEN) that have been making huge progress on innovative technical development but have tokens that remain undervalued relative to that progress,” he explained.

Bitcoin has traded largely sideways for the last several weeks, amid multiple bullish factors. Even rumors of PayPal compatibility were not able to push the asset out of its sideways price action.