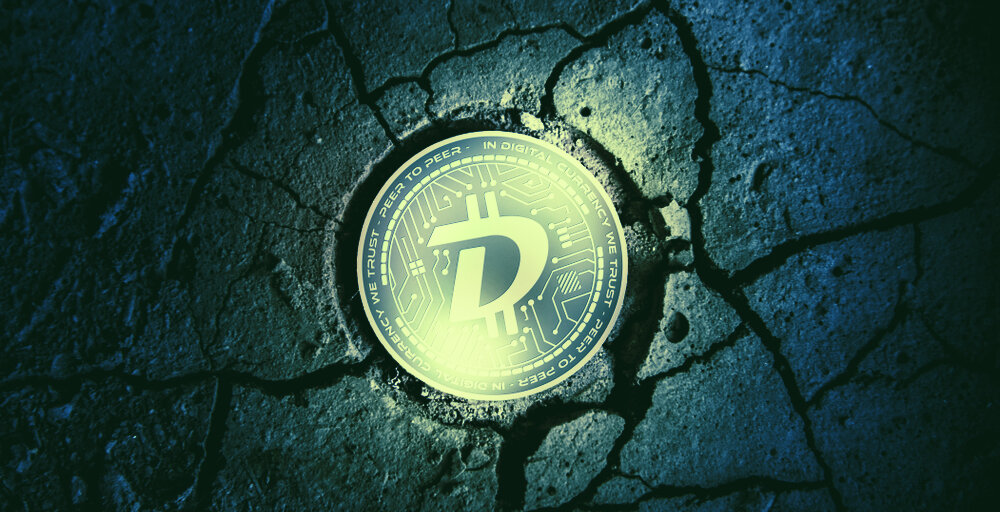 Jared Tate, founder of 37th ranked cryptocurrency DigiByte, reminded Twitter “trolls” that he is not selling his DGB holdings, after the coin price fell almost 20% since he announced his departure from the project.

Tate announced that he was stepping back from his front-facing role as founder of DigiByte last Friday. Tate said he had grown tired of the “greed and rampant pillaging” evident in the crypto industry.

“Along the way I have learned some very humbling lessons. #1 of which is greed is the fundamental driving force in crypto & people’s actions in life,” the DGB founder said on Twitter.

DigiByte launched in 2014, envisioned as a cheaper, more secure version of Bitcoin. It is contributed to on a voluntary basis, and rose to 37th spot by market cap without the exposure afforded by being listed on major exchanges, such as Binance.

But in the days following Tate’s departure, the DigiByte coin price sunk like a stone. As of today, DGB price has lost 19.67% since Tate made his announcement. Tate returned to social media earlier this week to remind the “trolls and fake news crypto media” that he was not selling off his coins, and had no intention to do so.

1/3 To all the trolls & fake news crypto media. Stepping away from social media & taking a well earned summer sabbatical does not equate to selling everything & leaving forever. I still hold 99% of all my crypto in DGB & always will. Its time for DigiByte to shine on its own.

Speculation that DigiByte’s price decrease was caused by Tate selling his coin supply appears to be unfounded. Unlike many cryptocurrencies, DigiByte was not created with any kind of pre-mine. It had no founder’s reward partitioned in its ICO—not least because it didn’t have an ICO.

Given Tate’s declared intention to continue to build commercial applications for use on the DigiByte blockchain, seeing the coin crash presumably wouldn’t be in his interest.

Instead, the sharp drop in the price of DigiByte may just be the market doing what the market does. The dollar value of DGB increased by 930% in under two months leading into early May. And one thing that the crypto market constantly reminds traders of is: what goes up, must come down.

Despite DGB’s recent descent—which in truth began a few days before Tate’s announcement—the coin price remains 557% higher than it was two months ago. Over the weekend, the price of DGB stood in the sub-cent range at $0.002702.

Today, it’s priced at $0.017766—and still falling. That may or may not have anything to do with Tate stepping away. But one thing is for certain: DigiByte’s founder wants the world to know he’s not selling his bags.