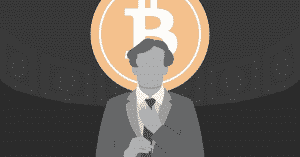 For the first time, there might be confirmations that the elusive Satoshi Nakamoto is alive and keeping up with tabs. Just kidding, 40 BTC from block height 3654 have been moved to an unknown address, and the transaction snapped by the eagle-eyed crypto community.

🚨🚨🚨A #Bitcoin UTXO older than 11 years was just spent on-chain!

It dates from February 9th 2009 – only one month after the creation of Bitcoin. pic.twitter.com/IILxvYWZLW

Even so, no one is really sure whether this is Satoshi Nakamoto since in the very early days of Bitcoin history, the late Hal Finey—who is considered one of the very first people to adopt Bitcoin and paved the way for others, was also heavily involved. Finey is deceased.

Meanwhile, the David Kleiman estate is engaged in a lawsuit with Craig Wright. Craig alleges to be Satoshi and even provided a list of BTC addresses from which today’s transaction was executed from.

However, he hasn’t proved to be the true owner and therefore Satoshi by submitting the private keys on the 1 million BTCs despite being pressed by the court in several instances. Besides, the nonce patterns of the addresses provided are inconsistent and hints that the coins amassed were from different miners.

We wrote about the extra nonce pattern back in August 2018. As to whether all those similarly sloped lines are all from the same miner, it may not be as clear cut as it seemshttps://t.co/KReJ1eoJq4@SDLerner also has a website you can look up here:https://t.co/6VueZOUzQ5

On the other hand, someone might have found out this old wallet. Researchers, by looking at the nounce which is part of the Bitcoin block, claim that this wallet wasn’t the original one Satoshi used to store coins in.

For now, the true identity and the owner of the 40 BTC will be a subject of speculation. But what is truly known is that block 3653 and 3655, according to experts, were mined by Satoshi Nakamoto before disappearing from the interwebs.

But already, there are some quarters of the crypto community who believes Finey’s wife executed this transaction.

I bet this is @halfin wife who does not want to miss this bull run. I don’t blame her. Her and Satoshi are sure going to love this next leg up 🚀 https://t.co/E7VtUSNXyA

According to our information minor amounts of this #Bitcoin transaction have moved into to @coinbase (0.004 BTC) and @CoinPaymentsNET (0.003 BTC).https://t.co/bJQoZbdSJ9

Old Bitcoin Has Been Moved Before, Sellers are Panicking

Encouragingly, it won’t be the first time that old coins are being moved and spent on-chain. These are some of the oldest coins in the network but in the last ten years, old BTC whales have been transferring some coins from time to time.

It's the first time since August 2017 than someone spent coins from early 2009. pic.twitter.com/l9Zc3xpZr2

Still, today’s transaction has caused panic and sparked a sell-off. Analysts show that BTC is down $100 following this event.

LOL at traders panic selling their $BTC because 400k was moved from a Satoshi wallet.

Original Source: Coin GApe Did Satoshi Nakamuto Just Moved His Bitcoin? Twitter Goes Wild Over A Might Be Satoshi