Dfinity Opens Up the 'Internet Computer' to Third-Party Developers 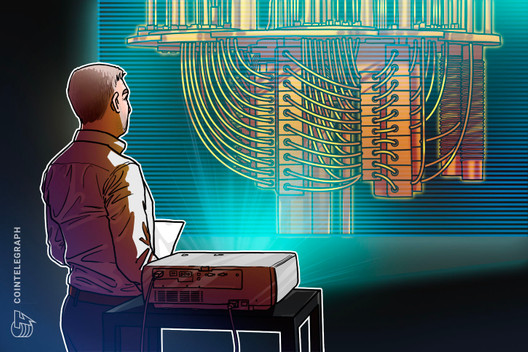 Dfinity’s Internet Computer reached a major milestone as it opened applications from third-party developers to start using the platform.

Dfinity announced the Tungsten release of its “Internet Computer” project on June 30, officially opening up the platform to third-party developers. To mark the occasion it demonstrated CanCan, an open alternative to TikTok built with under 1000 lines of code.

So what is the Internet Computer?

The Internet Computer is a decentralized and non-proprietary network to run the next generation of mega applications. It gives developers and entrepreneurs the chance to build and develop software on an open network that is purportedly free from platform risk.

Dfinity founder and chief scientist Dominic Williams explained, “Currently, whether you are building on top of APIs, or relying solely on a big tech cloud platform, it is a red flag for investors. This changes that and will be the start of a new wave for the web where developers can push their code directly onto the internet itself, and start with inherently tamper proof and fast software.”

A new language for the internet

To help drive this push back to the free and open roots of the internet, Dfinity has introduced a new programming language, Motoko, which is optimized for the Internet Computer. It is this which enabled the CanCan demonstration to be built so code-efficiently.

Cointelegraph asked Williams what sort of applications he expected to see being developed now that the project was being opened up to third-party developers:

“Things that were previously unimaginable, and that couldn’t have been done without the Internet Computer. We’re expecting it to open up a new wave of innovation in software and services. I’m sure along with that we will also see open versions of software that already exists in the closed proprietary world that developers want to make better and not cede their data to a large tech firm.”

The iPhone of blockchain?

Andreessen Horowitz, or a16z as it is also known, has been a major backer of Dfinity since its early days, and recently surpassed its funding target for a new crypto-oriented fund. General partner Chris Dixon told Cointelegraph that he believed the potential impact of the Internet Computer could be akin to that of the development of the iPhone:

“You had the iPhone came out in 2007, the app store in 2008 and then probably 2009 through 12 was actually, if you look back, was the period of Instagram, Uber, Lyft, all of the now huge iPhone apps. I think Dfinity will be the iPhone. We are pre-iPhone in the blockchain space right now […] But the real action started afterwards.”

Dixon thinks that this may take decades to play out, although he suggests that early products could reach scale and have good financial and societal outcomes over the next five to 10 years.