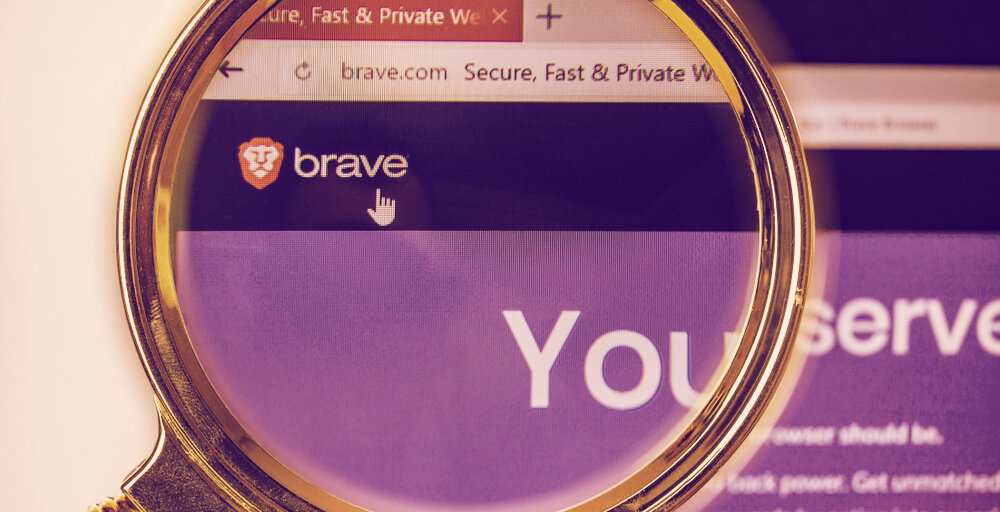 A group of developers has decided to launch a fork of the Brave Browser to remove all affiliate links, adware, and even the Basic Attention Token (BAT). This will create an alternative version of the browser, that users can choose to switch to.

The move follows the revelation that Brave users were being sent to in-built affiliate links for crypto exchanges, such as Binance, whenever they began to type the name of the exchange into the URL bar. Brave has since stopped the affiliate links from appearing where the user types, but they still appear as an option for the user to click on.

Dubbed the “Braver Browser,” the team behind the project announced the creation of the new fork on June 6.

Starting a community-built fork of Brave.

No token, no adware, and no referral link injections.

Want to contribute? Join us on Discord: https://t.co/LkvyYVlTIP

By June 8, the team showed off the first test build of the new browser with the affiliate link suggestions removed.

Not everyone was enthusiastic about the attempt to fork the Brave software. Co-founder and CEO of the original Brave team, Brendan Eich, warned the fork developers that it won’t be plain sailing from here on out.

Eich tweeted, “Good luck. They will have to rename, also run a bunch of services and updates on their own. No free riding on our servers.”

It’s not the first time Brave has been forked either. In April 2019, social media platform Gab forked Brave with the end goal of replacing its Basic Attention Token (BAT) with Bitcoin on the Lightning Network. Gab’s versions can be found here.

Brave regrets how it implemented the referral links

On June 9, the Brave team issued an official apology for the referral link scandal, describing it as an honest mistake. Brave said the auto-complete function which directed users to in-house affiliate links would be removed.

Braver removing these links might appease the Brave community, but it means the project won’t have as many sources of funding, potentially leading to knock-on effects further down the line. “They want to drop several major revenue legs. That leaves nothing but donations for funding. Won’t work,” Eich tweeted.

So is it Braver, or just foolish?