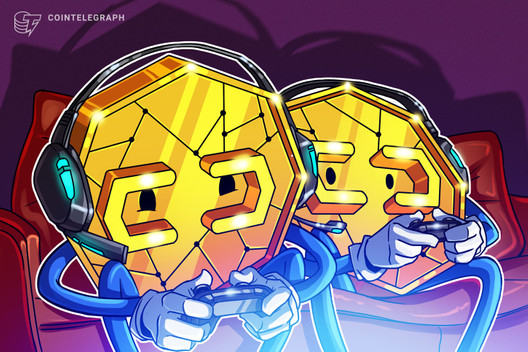 A veteran game developer discussed how and why the gaming industry can be decentralized at the Unitize conference.

Blockchain gaming may become the next evolution of an industry that is now well into reaching market cycle maturity, according to Outplay Games’ CTO Paul Gadi.

In his panel at Unitize, titled “Decentralizing Video Games,” he delivered a presentation on how blockchain can reinvigorate an industry that has fallen into what many consider predatory practices and platform lock in. He identified three ways in which blockchain can help solve issues deriving from industry centralization.

A key step in decentralizing games, according to Gadi, is providing a decentralized identity mechanism.

As the gaming industry evolved, publisher platforms became the gatekeepers of user accounts. On PC, Steam, Uplay and others like them are now the dominant method for keeping track of game ownership.

“This is actually not helping us [developers] in the long run because it limits us in developing because our players are stuck in closed ecosystems.”

A solution to that is offered by Web3 wallets, with Gadi taking the Web3 Modal framework as an example. These allow decentralized applications to communicate with the user’s wallet account, which exists independently of the dApp. However, Gadi warned that “this is a certain kind of platform itself,” suggesting that developers should build on the blockchain protocols themselves and not rely on specific frameworks.

Gadi said that “platforms have usually been the ones to control data in the videogame industry,” referring to cloud computing solutions like Amazon Web Services. He argued that these provide little benefit to developers and players, as they are just the only option for scaling infrastructure.

Getting rid of this control involves using decentralized file storage protocols like IPFS, but these can come with their own set of limitations. The industry is still young, as several competing projects seek to create a decentralized AWS.

Gadi believes that many game-based assets suffer from excessive ecosystem lock-in as they cannot exist outside of the videogame, despite the effort put into them:

“That item has actual monetary value, actual value that people have worked to be able to acquire that item. So even if the item’s closed in an ecosystem and isn’t even part of a crypto system, it still has a monetary value.”

Decentralizing in-game assets via non-fungible tokens can be, according to him, a way to create a whole new asset class with its own opportunities and jobs. “This opens the economy to something bigger,” he added.

In addition to “building on the shoulders of giants” with open-source technology and platform cooperation, “we can start remaking platform economics and have a strategy on really how to decentralize things,” he concluded.