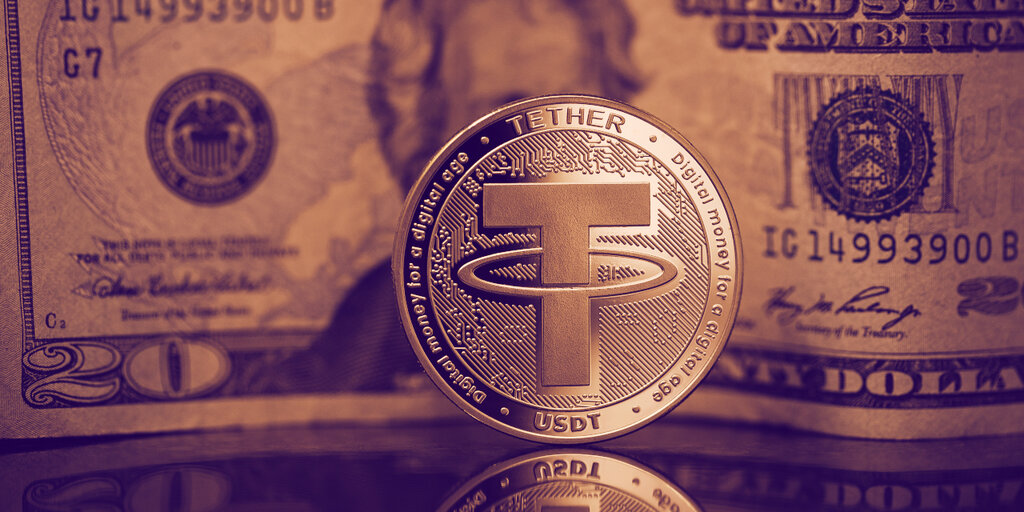 The most-used stablecoin in the cryptocurrency market now has $10 billion worth of its USDT coins circulating through crypto’s various markets, according to data from Messari.

This $10 billion dollar valuation puts it in the company of Bitcoin and Ethereum as one of three cryptocurrencies with a 10-figure market cap.

It also further cements Tether as the clear market leader in the realm of stablecoins—meaning cryptocurrencies that are “pegged” to a fiat currency, such as the US dollar. Tether’s closest competitor, Coinbase-issued USDC, is well behind the market’s frontrunner with its $927 million market cap.

The discrepancy between Tether’s monetary base and that of its competitors may be explained by Tether’s particular market niche. Unlike TUSD, USDC and PAX stablecoins, USDT operates with minimal-to-no KYC checks, so it services customers in the grey or dark areas of legal compliance who otherwise couldn’t access alternatives.

The main driver for USDT, for example, comes largely out of China, where so-called over-the-counter (OTC) desks and other brokerage services sell Tether to Chinese investors who would have no other way to purchase Bitcoin. (The Chinese government has effectively outlawed trading Bitcoin against the Chinese yuan. Thus, USDT’s utility is unique to stablecoins considering it can service populations otherwise shut-off from the cryptocurrency market.)

Of course, Tether has had its fair share of controversy, and none so loud as the accusation that its reserves don’t exist and that it had a hand in Bitcoin’s historic runup in 2017. As Decrypt reported in June, though, there is evidence to suggest that the demand for Tether is organic and largely surfaces from those populations in China that cannot purchase Bitcoin through conventional means.

These Chinese buyers were a large factor behind Bitcoin’s Black Thursday recovery. But as USDT issuance surges, it’s important to note that this latest batch doesn’t necessarily mean people are buying up Bitcoin with it. They could also be using Tether as trading hedge, parking funds in the stablecoin to avoid Bitcoin’s volatility.

As Bitcoin hovers above a $9,000 support, the questions then become, will this fresh USDT push Bitcoin above $10,000, or will it stay on the sidelines?