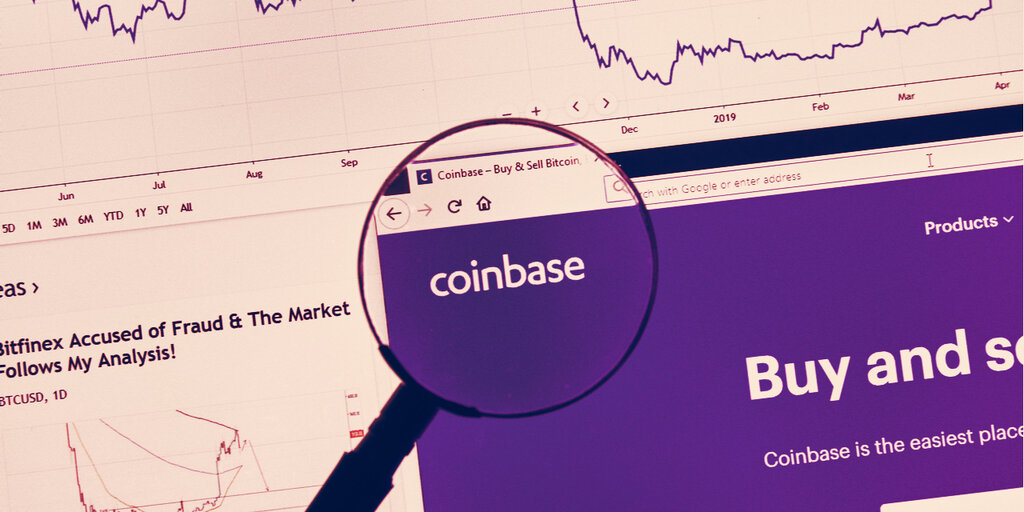 Monday’s launch will mark the latest DeFi governance coin Coinbase has added to its exchange. It added Compound’s COMP and Maker’s MKR in June, and Band’s BAND in August.

YFI is one of the success stories of this summer’s DeFi-inspired bull run. It is immensely popular, with a market cap of $1 billion and a daily volume of $546 billion, per data from metrics site CoinMarketCap.

The cost of a single YFI peaked at $39,306 on August 31, four times the price of Bitcoin at the time and double its all-time-high. (Granted, there are just 29,967 YFI in circulation at the time of writing, compared to the 18 million-odd Bitcoin. And Bitcoin’s market cap is almost 200x larger than YFI’s).

YFI’s price then dipped at the beginning of September, along with the price of Bitcoin and Ethereum, before rising once again to its current price, $34,271. Its price has risen by 26% in the past 24 hours alone.

And all this for a token introduced by yearn.finance’s creator, Andre Cronje, as having “0 value.” Cronje wrote upon launching the token: “Don’t buy it. Earn it.”

YFI is earned when people stake cryptocurrency in yearn.finance’s smart contract. Yearn.finance’s main feature is to generate high amounts of interest on crypto deposited in its smart contracts by dispersing this money among different DeFi lending and liquidity protocols.

Since its creation, yearn.finance has expanded into a kind of DeFi super app. Its “vaults” feature maximizes yields on liquidity protocols; its “Earn” section does the same for lending protocols.

At the time of writing, it is the fifth-most popular DeFi protocol, with $804 million locked in its smart contracts. Ahead of it is Uniswap, Curve Finance, Maker, and Aave.

Coinbase Pro is Coinbase’s crypto exchange. Whereas buying Bitcoin from the regular Coinbase app is to buy it directly from Coinbase, Coinbase Pro is the fully-fledged exchange that supports trades between other exchange users.

However, users will have to wait for full trading access until about Tuesday. The first phase, set for Monday, is allowing them to transfer YFI to the exchange.